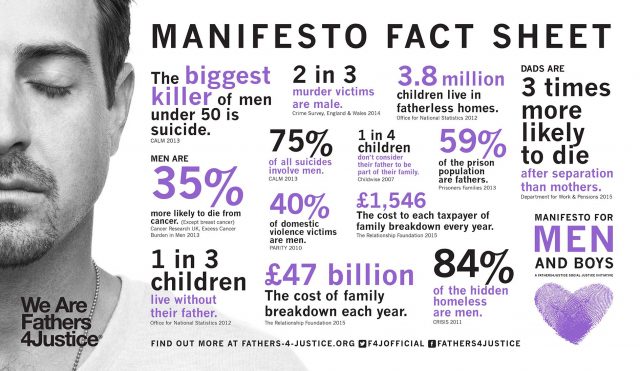 An issue which ought to command the attention of many separated fathers here is the setting up of a Child Maintenance Review Group to look at how maintenance is currently handled within the Department of Social Protection.

The Group has sent out public notices setting forth the composition of the group, its terms of reference and is now looking for submissions from interested parties. The Terms are relatively short and contain just three items, the third of which is perhaps the most problematical. It is to consider the setting up of a Child Maintenance Agency within the state.

The group is chaired by Judge Catherine Murphy and we are glad to see that one of its members is Dr Roisin O’Shea who is well known for her ground-breaking study Judicial Separation and Divorce in the Circuit Court and her current work as a Mediation consultant.

We urge fathers who are paying child maintenance and have ideas to offer to make a submission to the Group. Alternatively they can contact Men’s Voices at mensvoicesireland@gmail.com; we will be making a submission and are trying to get views from a variety of people. The closing date for submission is March 26.

One contentious issue in the past has been the insistence that fathers on social welfare pay maintenance.

Detailed information on the Terms of Reference for the review and on the consultation process is available at www.gov.ie/maintenancereview.

In an earlier article we flagged the Future of Media Commission which is now discussing how to provide future funding for media and for public service broadcasting in particular. Men’s Voices made a Submission on Future of Media II to the Commission in which we set out in no uncertain terms our total dissatisfaction, disillusionment with mainstream media and with RTE in particular.

We now learn that a new media venture GB News, is planned in the UK, which is to be fronted by well- known BBC presenter and interviewer Andrew Neil. It is described by one journalist as a vehicle to challenge an otherwise all-pervasive woke orthodoxy. This is good news and yet further evidence that the current news providers are catering to a narrow listenership and are failing to meet the needs of many people who feel that their point of view is systematically ignored.

According to Wikipedia GB News is an upcoming British television news channel due to launch early in 2021 on Freeview, Sky and Virgin Media. Its chairman will be Andrew Neil.

In a statement, Neil said that the channel would “champion robust, balanced debate and a range of perspectives on the issues that affect everyone in the UK, not just those living in the London area”, and GB News as addressing a perceived gap in the market for “the vast number of British people who feel underserved and unheard by their media”.

At a time when normal political meetings and opportunities to meet TDs are impossible MVI has been putting down parliamentary questions to attempt to bring to the surface issues which rarely come to light or remain hidden. One such issue is Ireland’s extraordinary proliferation of NGOs which receive substantial state support and many of which are charities. Ireland may well hold a world record in this department where there are so many NGOs which have perfected the art of milking State cows who are unaware or casually indifferent to the existence of so many others doing the same thing. 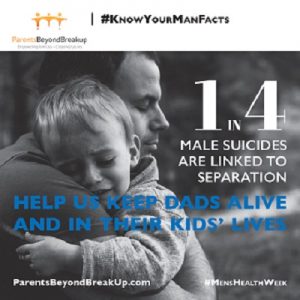 According to Benefacts, the state contributes €6 billion or 8.2% of state spending to the non-profit Third sector. This is a huge sprawling sector about which transparency is greatly lacking as well as cohesion.
About €4.2 billion committed to the Third Sector is directed at only 60 major charities for which data is available. Most of the remaining €1.7bn goes to c.1,500 non-profits – about half of which are registered charities – that derive more than 50% of their funding from the State. About half of these were set up independently of government to provide services mostly in health and social services, local development, housing and advocacy.
We are anxious that the State carry out a thorough review now with a view to achieving greater efficiency and transparency, avoiding duplication and streamlining the sector given that as many as 700-800 non-profits were set up independently.

We succeeded in getting Deputy Peadar Toibin to put down the following question:
Deputy Peadar Tóibín asked the Minister for Public Expenditure and Reform if he plans to carry out a review of 60 major charities which receive €4.2 billion funding and 1,500 non-profit organisations which receive €1.7 billion; his plans to rationalise the number of State agencies which dispense public funding; and if he will make a statement on the matter.

Answer Minister for Public Expenditure and Reform
My Department has no plans to commission a review the State’s financing of the non-profit sector, including charities. My Department’s policy in relation to funding for the sector is set out in Circular 13/2015 Management and Accountability for Grants.
A review of funding programmes availed of by charities and not-for-profits would be a matter, in the first instance, for the individual funding departments. It is to be noted that, for example, the 60 major charities in receipt of most of the Exchequer funding to the sector, include universities and organisations provided for under Section 38 of the Health Act, 2004. These are funded by the Department of Further and Higher Education, Research, Innovation and Science and the Health Service Executive.

As will be seen from the response there is no appetite to inquire into spending on this issue.
This is unfortunate. Many people will remember that during the Great Recession, an agency nicknamed An Bord Snip was set up to inquire into abuses and cut the number of quangos.