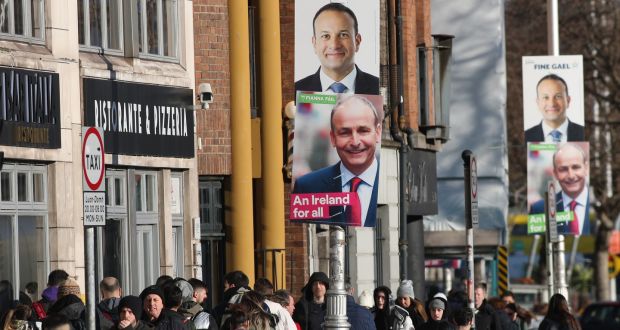 In keeping with practice in previous elections we sent out an election statement and questions to the candidates in the upcoming bye election in Dublin Bay South, or at any rate those we could find email addresses for.

It could be argued that a General Election is a much more appropriate forum for this kind of exercise than a bye-election and this is probably true. But it is so difficult to get the message home that the concerns of men and boys need urgent attention that we felt that every opportunity should be seized. So we sent out the statement and questions below and we will publish any responses we get.

There are many issues of inequality consistently excluded from the national equality conversation. These issues concern the condition of men and boys.

In the area of Domestic Violence, DV alone, the imbalance in funding for male victims is enormous.

Of the total of state funding provided by Tusla for services for victims of DSGBV in 2020, the percentage spent on male services was about 1.6%.

There is not a single centre for male victims in the whole of the Dublin area, where about 1.5 million people live.

We know from a wealth of sources that men and women perpetrate DV across the whole range of types at comparable rates. This is borne out by sources from the US, Canada, UK and EU.  Yet it is not recognised by state agencies or by politicians.

Apart from the DV issue men suffer neglect in other areas: Family Law outcomes favour women, particularly in access to children, the hugely disproportionate male suicide rate has never been investigated properly, boys are falling behind in education.

A core underlying factor affecting all particular issues is that there is no nationwide advocacy group for men, with a broad brief and a permanent office.

Men alone have no such national representative body

Virtually every group of people in the state big or small has a national body to lobby on its behalf, in some cases several, recognised by politicians and the media, with an automatic right of consultation whenever an issue affecting its members is the subject of legislation.

These bodies are also state-funded.

Men alone have no such national representative body. While there are a number of men’s groups dealing with specific issues Men’s Voices Ireland is the only group advocating on the broad range of issues affecting men’s lives. Unfortunately, it is severely constrained in its ability to do so due to lack of resources. All expenses incurred by the group have to be paid by group members. This is in stark contrast to the position of those advocating on women’s issues. The National Women’s Council alone receives almost €1 million per annum from the State.

This is a huge drawback when it comes to establishing a presence, making appearances before Oireachtas committees, lobbying politicians and state agencies, taking up issues with the media, and doing research.

1) As a candidate, do you agree that the issues outlined are deserving of urgent attention?

2)  If elected, will you speak out publicly on these issues?

3) Would you support the provision of public funding for a men’s advocacy group to redress the imbalance outlined above?

Thank you for emailing me and giving me an opportunity to speak to you on this matter.

Aontú is all Ireland republican party believing that everyone should be treated equally. You describe a very one sided picture on the current services available to victims of domestic violence and indeed representation in terms of NGOs.

Please feel free to contact me again if I can be of help.

Thank you for getting in touch with me about gender issues as they relate to men. I agree that domestic violence is a very serious issue facing our society, with horrendous consequences for victims and children. The reported increase in domestic violence incidents during the coronavirus pandemic is particularly worrying.

Last month saw the Department of Justice launch a public consultation on the next National Strategy on Domestic, Sexual and Gender-based violence together with a number of workshops, which I’m sure you are aware of.

This government is committed to delivering and funding the next strategy to learn from the previous strategy and to continue to protect victims of domestic and gender based violence, regardless of gender, and I will seek to work with my colleague Roderic O Gorman on such matters should I be successful in the election tomorrow.