We have a state agency for Domestic, Sexual and Gender-Based Violence (DSGBV).
What does the phrase “gender-based violence” mean? What does it add to our understanding of the term violence? It is difficult to get hold of a generally understood meaning. The phrase is parroted about ad nauseam but people are no wiser as to its meaning.
It has an ominous ring to it and when we observe that it always seems to relate to violence against women and never against men, it has an accusatory tone —another stick to beat men with. Where did the term originate? It comes from feminist writings such as in UN, EIGE from a long time back certainly forty years or so.

UN Women: Gender-Based violence (GBV) refers to harmful acts directed at an individual based on their gender. It is rooted in gender inequality, the abuse of power and harmful norms. Gender-based violence (GBV) is a serious violation of human rights and a life-threatening health and protection issue.

Comment: Obviously EIGE has not bothered to inform itself of the overwhelming body of objective evidence that contradicts its view.

What inequalities are we talking about here?
Women enjoy complete access to education, to all jobs, to employment without discrimination. These issues were ironed out in the 1970s so what are the “structural inequalities, gender norms” being talked about?
There now exists not a single law or guideline which allows discrimination against, or the ‘subordination’ of, women in any area. On the contrary there are many inequalities that now affect men and boys beginning with the lack of national advocacy groups across a range of sectors, all of which are state-funded and which seem destined to go on forever.

Studies such as PASK, NISVS do not mention the term “gender-based violence” at all. There is no basis for it

We know that lesbian violence is at least as frequent and severe as heterosexual violence. Is this gender- based? Can this be traced to patriarchal domination too?
Can examples be given of violence against women which are not gender-based? How do you distinguish a violent act committed against a woman which is not because she is a woman from one that is? Is female violence against a male spouse ever gender-based? There are no answers. 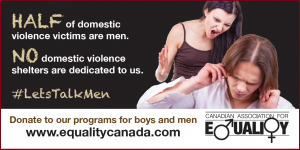 The most reliable recent studies indicate that men and women perpetrate DV or IPV at comparable rates and for similar reasons: anger, revenge, a desire to control, substance abuse and personality problems arising from childhood abuse. Among PASK’s findings are that, except for sexual coercion, men and women perpetrate physical and non-physical forms of abuse at comparable rates, most domestic violence is mutual, women are as controlling as men, domestic violence by men and women is correlated with essentially the same risk factors, and male and female perpetrators are motivated for similar reasons. This last phrase demonstrates that the term has no basis in evidence.
Studies such as PASK, NISVS do not mention the term “gender-based violence” at all. There is no basis for it.

The Garda National Protective Services Bureau, GNPSB, has the thankless task of trying to decipher what this term means. An article appeared last February which was a shortened  account of a monthly report to the Policing Authority which dealt with this matter and shows how the Garda are also wrestling with this term and endeavouring to persuade themselves it has meaning. 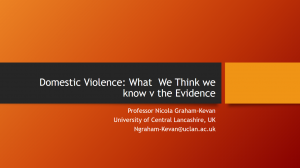 In the report “Mr Andrew O’Sullivan said the data confirmed the theory most violence against women was “gender based”, rather than being random or resulting from general crime or aggression, as appeared to be the case for male victims”. Unfortunately the definition as used by GNPSB was not given there. We wrote to the bureau last April asking what their definition was.

We asked a second question based on this quote:”  “Most violent attacks or abuse perpetrated on women take place in the home and are carried out by either current or former partners and spouses or “blood relatives’.” We asked if this applies to rapes or sexual assaults too as there is solid evidence from the US that it does not. We sent a reminder in May but so far we have not heard from them on either question.

The term “gender-based” violence is linked to feminist ideology as is evident from the definitions above. It seems to be identical with the term “gender paradigm” used in N. America.
Further evidence that this term is meaningless comes from Donald Dutton, Professor Emeritus at University of British Columbia, in his article The Gender Paradigm and the Architecture of Anti-Science, Partner Abuse, Volume 1, Number 1, 2010.

The gender paradigm is a closed system, unresponsive to major disconfirming data sets, and takes an anti-science stance consistent with a cult

Dutton uses the term “gender paradigm”: The gender paradigm is the view that most domestic violence (DV) is male-perpetrated against females (and children) in order to maintain patriarchy.
Dutton continues: Based on functionalist sociology, it has been the prominent DV perspective in North America and Western Europe, framing criminal justice policy to DV, court understanding of DV, court disposition of DV perpetrators to psychoeducational groups, and custody decisions.

Research evidence contradicts every major tenet of this belief system: female DV is more frequent than male DV, even against nonviolent partners, there is no overall relationship of control to DV, and abuse perpetrators who use intimate partner violence (IPV) for coercive instrumental reasons are both male and female.
The gender paradigm is a closed system, unresponsive to major disconfirming data sets, and takes an antiscience stance consistent with a cult. In this article, I compare the responses of this gender cult to other cults and contrast it with a scientific response to contradictory data.

Dutton finishes with this scathing comment:
The systemic and political bias that pervades domestic violence research is so extensive that one has to read studies from research journals outside the DV mainstream—psychology or criminology journals—to find solid research on DV.
Dutton with 167 publications and c. 10,000 citations to his name is eminently qualified to talk about this subject.