We heard recently from a man who had contacted us for advice in relation to his separation, a process which had been going on for three years and on which a final settlement has just been reached. The settlement stipulates a 50:50 joint custody of children and other clauses to his satisfaction. This man stayed in the family home throughout.

His advice which he wants to go out to all men: Never ever leave the family home voluntarily. He had the fortitude to stay put. It was not easy but it paid off for him.

The Minister for Justice Helen McEntee has promised new legislation on “hate crime“ very shortly which is set to replace the 1989 Act. It is commonplace today to be pulled up especially when on social media for language  which is declared to be “hate speech”.

A letter (Nov 2020) from the National Women’s Council to Minister McEntee sought that “women” be a protected category in any new hate crime legislation. It referred to a webinar:

With the National Traveller Women’s Forum and AkiDwa, the webinar ‘Women and Racism’, highlighted the need for Hate Crime Legislation that included misogyny.

Further evidence appeared  on a radio  interview on April 14  2022 with Luna Liboni, Coordinator of Coalition against Hate Crime. Liboni mentioned women as one of the protected groups; further  it is not only those who belong to those [protected] categories but those who are perceived to belong to them also that are protected.

Let’s look at neighbouring countries. It was widely expected that crimes motivated by misogyny would  be recorded as  hate crime by police in England and Wales as a Times article of March 2021 reported.

But then the tide turned and as of Feb 2022 Ministers have rejected plans to make misogyny a hate crime.

The Possible Extent of the Legislation 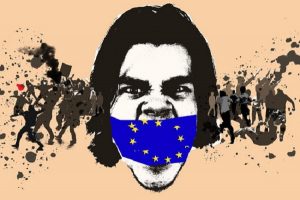 How far is this legislation intended to go? Consider what Scotland is doing. We note in passing that in late 2021 the Economist called Scotland’s new Hate Crime Act, the “latest example of growing authoritarianism”.

Many expected that when Scotland passed its Hate Crime law in March 2021, it would specify “women” as a protected category. But this did not happen. Instead the parliament set up a Working Group on Misogyny and Criminal Justice under Baroness Kennedy QC to examine the matter. That group has now reported and it takes an even more hard-line view and recommends something even more harsh and far-reaching.

The language here is grim indeed. A few quotes from this gives the flavour:

Misogyny is a way of thinking that upholds the primary status of men and a sense of male entitlement, while subordinating women and limiting their power and freedom.

Misogyny is so deeply embedded in our culture that attempting to render it measurable for the purposes of legal sanction might sometimes be problematic if misogyny is not understood.

We are advocating that women should be encouraged to report misogynistic crimes of all kinds, even where they themselves cannot name the perpetrator or where they feel the matter is unlikely to proceed to court.

Yet another problem surfaces, which typifies just how woke ideology can tie itself in knots. The analysis flounders on the fundamental question of “who is a woman”. It does not come down in favour of gender or sex but comes up with this gem: but it is our preferred view that no offence should be created that requires a woman to prove that she is a woman.

It recommends the creation of not one but three new offences as well as a new Statutory Misogyny Aggravation which operates outside of the Hate Crime and Public Order (Scotland) Act 2021. 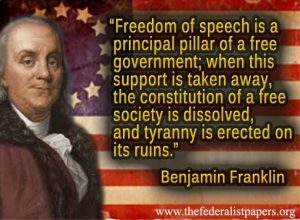 What would the offence of Stirring Up Hatred Against Women and Girls encompass?
Saying that the NWC is an authoritarian group which fails women and  seeks to deny political and media representation to those who take an opposing stance on gender identity?  But this is True!

That it opposes free speech? True also. Eric Heinze puts a fundamental value on Free Speech in his book The Most Human Right: Why Free Speech Is Everything

It must be remembered that Helen McEntee has tied her fortunes to those of the NWC, in such a manner that if the NWC takes a hit, so will she. Inexplicably, she has bound herself when there was no obligation to do so by naming a representative from NWC to a three person Executive group to draft the Third National Strategy on Domestic Sexual and Gender-Based Violence. This strategy is to extend over the next five years. Its success or otherwise will materially affect the minister’s future prospects.

We know that the Second Strategy has been roundly condemned in a review as a dismal failure.

The NWC has no expertise in this area and why she did this is a mystery. This strategy is also to appear in the coming weeks.

We believe that extending the set of protected categories in this way is alarming and will have further stifling impact on free speech. One problem is that hate speech is impossible to define and to distinguish from speech which offends someone. No government has succeeded nor has the European Court of Human Rights. Indeed Article 10 of the European Convention on Human Rights, specifically “allows for the expression of information or ideas that offend, shock or disturb”.

Of course misandry is never mentioned as a possible candidate for inclusion by those seeking to make misogyny a hate crime. It is quite acceptable to insult and traduce men with impunity and the phrase “toxic masculinity” is commonly used.

Finally we want to finish with a video which sets out the way free speech will be affected by the Hate Crime legislation. It was made by Tracey O’Mahony Barrister at Law: https://www.youtube.com/watch?v=tj4vc_Khb9k