“Why don’t men open up about their problems?” – that’s the question posed by James Behan of Men’s Voices Ireland in an article published in The Journal on 29 October 2016. According to James, the answer is not some variation on the familiar theme: men are overly stoic, emotionally stunted victims of their own gross machismo. In other words, men are trapped by what is often described as ‘toxic masculinity’. And are so unable to get the help that they very often need.

“At a time when 80% of people who die by suicide are male, men are frequently implicated as the primary instigators of their own suffering, due to their alleged unwillingness to engage with traditional mental health services such as one-to-one counselling.”

“Many will say that men aren’t opening up about their problems because they simply don’t have any. Yet, men make up the majority of the homeless, the vast majority of workplace injuries and deaths, and non-married fathers enjoy no automatic guardianship rights to their children.”

In the past, James writes: “Society depended on ‘real men’ in order to function. Men and boys from traditionalist generations were shamed if they failed to ‘man up’ and face life’s challenges. Attitudes towards men discussing men’s issues have hardly changed. The only difference is that the ones heaping the scorn on men are now self-styled progressives who will openly scoff at the idea that men can be victims of institutionalised sexism.”

“Underlying all of these men’s issues is a lack of male advocacy groups at a policy level. This is because, unlike the case for women’s advocacy groups, no state funding is available for them. Men’s Voices Ireland is a new, independent group which is working to include these issues and many others in the national dialogue on gender equality. We envision an Ireland in which men’s issues are recognised as the important societal problems that they are. It’s no longer a question of whether or not men want to talk about their problems, it’s a question of whether or not society will listen to them.” 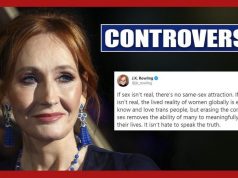 A Movember to Remember, Eating with the Enemy and Free Speech and Censorship

RTE’s Biased Coverage of Domestic Violence during Covid, Funding for Men’s Aid and the Struggle to Achieve Justice.