Last week Men’s Voices received a welcome email from a brother organisation in Norway, a group called Mannsforum, anxious to reach out and establish contact with similar groups elsewhere. They recognise as we do the importance of groups exchanging information, recounting experiences, telling of the problems encountered, what worked for them and what did not. We hope that this association will prove fruitful.

We have much in common. We both have encountered resistance, adversity, the fear that men have of joining a men’s group, the wider fear of speaking out, of being out of step with a perceived official narrative;  a fear that applies in particular to people of status, to politicians. We gathered that many of MannsForum’s members are fathers who have experienced discrimination against fathers from the female-dominated child and family welfare agencies and the courts. It is a familiar story and one that can be found in every Western country.

Mannsforum has grown in recent years and now has a very healthy membership. It now has ongoing cooperation with four online publications in Denmark, Finland and Iceland. One feature of the group is that it has a paying membership.

Mannsforum has ongoing cooperation with with four online publications in Denmark, Finland and Iceland

One wonderful  event they organised last year was a weekend conference of Nordic men’s and fathers’ rights organisations which groups from outside Norway also attended. This proved to be tremendously successful. It is obvious how powerful such an event can be in reviving flagging spirits and renewing commitment to the cause.

Mannsforum  puts great emphasis on how the message is communicated: this is as important as the message itself. They believe this can strongly influence how people respond. They are slowly seeing politicians and men with status jobs join the group and women too.

The Growth of DEI policies

The fear of speaking out referred to above prompted some thoughts on the lack of prominent voices in leading and directing public opinion today, particularly in certain key areas. Certain ideas have attained paramount status in large swathes of the universities and in corporations too. Very notable are diversity, equity and  inclusivity, the DEI policies which govern recruitment, enrolments and promotions both in universities and in business. 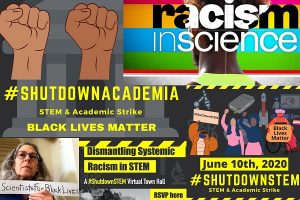 These policies are now to the fore in HR departments which have attained huge power in US universities and corporations and are more influential in hiring and promoting staff than academics themselves. We have seen more and  more universities require job applicants to affirm  their commitment to DEI before they are even considered for a job.

This pernicious practice has been condemned by several prominent academics but continues to gain ground and has now made an appearance in UK universities. The physicist Lawrence Krauss has written of “the tyranny that DEI bureaucracies are now imposing on universities and scientific institutions. This includes excluding talented scientists who are not effective enough in displaying their DEI allegiance, enforcing ideological adherence among faculty and students, and suppressing debate on the topics of merit, quotas, free speech, and a range of gender and race issues”.

Last month the Free Speech Union wrote to the Vice-Chancellor of Durham University, objecting to a requirement that those applying for the role of Assistant Professor in Durham’s International Relations department provide a statement affirming their commitment to diversity, equity and inclusion.

Related to DEI are Environmental, Social and Governance, ESG, policies which are coming to the fore in business. Scores on ESG purport to assess corporate moral responsibility; these scores, which can dramatically affect an enterprise’s financial viability, are nothing less than the equivalent of China’s damnable social credit system according to Jordan Peterson.

The Lack of Critical or Dissenting Voices

The absence of any challenge to these ideas from academics in the universities, and from leaders in management and business is very noticeable. We benefited in the past from independent voices in academia who challenged certain orthodoxies. A good example is Professor John A Murphy who passed away recently. He was a Senator for many years and a regular commentator across a wide range of politics and current affairs. John A frequently challenged republican ideology at the height of the Troubles in Northern Ireland and did so from an authoritative viewpoint. Another was Professor Tom Garvin of UCD whose background in Politics afforded him an equally comprehensive vantage point.

In a ferocious article in May 2012 on the bleak future of universities, Garvin wrote of how “an extraordinary managerial rhetoric evolved  and a tide of nonsense on stilts pervaded the university. An indescribable grey philistinism characterised the public culture … and a hideous management speak drowned out coherent communication”.

An influential voice from business was Fergal Quinn, also a Senator. Where are the counterparts today?

There is a  silence in the face of a stifling conformity of thought, a pernicious and oppressive groupthink. Of course it is not helped by the media which no longer plays the role of objective observer.

One US scientist has described the shocking extent of fear among American scientists ; according to him, 40 percent of Americans self-censor their speech.

Voices which might otherwise be prepared to comment have been scared off for fear of being suspended or fired for transgressing certain boundaries, as Kevin Myers was in 2017 and one or two others since.