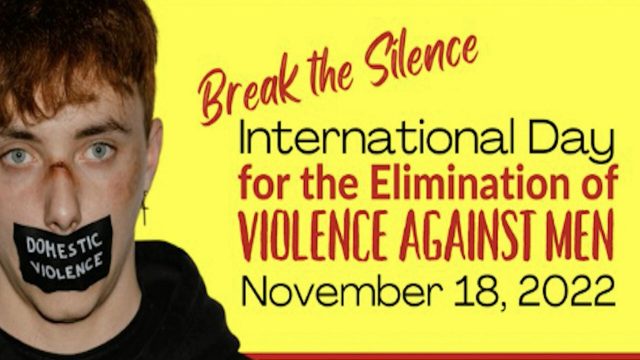 A major development in the past 12 months has been the coming together of individual groups across the world broadly supporting an alternative narrative to the existing Official Narrative on domestic violence, to form  an international alliance Davia, Domestic Abuse and Violence International Alliance. Many of these are men’s groups but by no means all; there are also groups concerned with parental alienation, or with shared parenting, or simply individuals who want meaningful debate and discussion, and are tired of the falsehoods being currently peddled around DV and related issues. One stirring example was the march of about 200 women to the Ministry of Women in Buenos Aires to protest about false accusations. This happened on Sept 9, Falsely Accused Day, an initiative promoted by Davia, which spawned events  in other countries including Ireland.

This success spurred Davia to take its latest initiative. As the UN has designated Nov 25 as International Day for the Elimination of Violence Against Women for decades, last October Davia wrote to UN Women seeking to remove the final two words so  that the day be inclusive of all including men. We know how much the “progressives” value “diversity” so there was a slight hope of a softening here but this was a most naïve hope. UN Women did not even deign to reply. 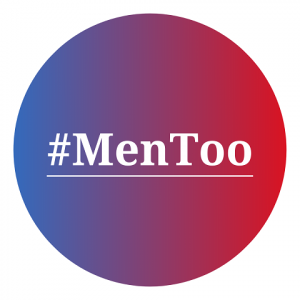 So this is the Davia response: to mark Nov 18 as  International Day for the Elimination of Violence Against Men.  To date there are 46 organisations from 17 countries participating in this global campaign, a very heartening array. So far two videos have been produced

and a letter sent to the United Nations, calling on the UN to recognize the global problem of violence against men. Most events for the International Day will be held at the local level. In Bengal, India, for example, posters stating, “Men Are Victims, Too” will be distributed to police stations in Kolkata (Calcutta).

The International Day will culminate in a one-hour Zoom press conference, beginning at 11:00am Washington DC time. The panellists will consist of leading experts on domestic violence and partner abuse from the United States, United Kingdom, Romania, Argentina, and India. This conference will endeavour to realise what so many governments have so signally failed to do, hold a genuine conference of leading experts on domestic violence so as to inform the public of the real extent, the complexities and the whole truth of the problem.

International Organisations and Bias against Men

The concentration by the UN on violence against women and the complete neglect of violence against men is typical of an institutional bias. The group UN Women which is an umbrella for the colossal array of member organisations all availing of the generous handouts provided, has no parallel for any other group; men and boys don’t get a mention.

DAW, Division for the Advancement of Women, UNIFEM, development fund for women, INSTRAW, international Research and Training Institute for the Advancement of Women, CEDAW, Convention for the Elimination of Discrimination against Women,  are some of those feeding off the inexhaustible treasure dispensed by UN Women within which some 1300 gender focal points exist to address women or gender in the UN system. Well might it be said that Radicals have turned the UN into the “global headquarters of feminist missionaries” as Paul Nathanson and Katherine Young so graphically put it, authors of Legalising Misandry: From Public Shame to Systemic Discrimination against Men.

Both the UN and WHO exhibit a quite explicit discrimination against men when it comes to domestic violence. Both organisations quote global figures for female victims of DV, which are regularly quoted by groups like Women’s Aid as though they applied to Ireland, (or to any individual country). When asked to quote the same figures for the case of male victims, they are unable to give any, demonstrating again that the UN and WHO don’t bother to collect any.

But this kind of systemic bias is not confined to the UN; it can be found in many other international  or supranational organisations such as the EU, Council of Europe, Amnesty International.

The Council of Europe, supposedly a human rights body, is the origin and author of the notorious Istanbul Convention, one of the most totalitarian documents ever instantiated in law in a liberal democracy, one which no journalist or politician will dare criticise.

Consider the EU. It has a number of member organisations such as EIGE and EUFRA whose bias is systemic. EIGE, European Institute for Gender Equality, has carried out several studies and collected data and resources related to gender-based violence which is a priority for the EU with European directives such as the Victims’ Rights Directive (Directive 2012/29/EU) and the European Protection Order (Directive 2011/99/EU), and international legislation and initiatives such as the Istanbul Convention (Council of Europe, Convention). We have written elsewhere on this website on the colossal deception of the concept of gender-based violence, a fabrication of the radical feminist industry. The June 2019 Management Board of EIGE consisted  of 19 members  of whom 3 were men which  demonstrates its commitment to gender equality.

The FRA  the Fundamental Rights Agency of the EU was described by the philosopher Roger Scruton as Staffed by radicals preaching the language or new religion of Rights. This was the rights body that in 2012 carried out its infamous survey on domestic and sexual violence in the then 28 EU countries: it interviewed 42,000 women, no men. Completely contrary to best practice, this shameless act of discrimination was carried out with an overarching purpose: to help install the Istanbul Convention in EU member states. It will stand into the future as an act of politicisation of the first magnitude.

This travesty of a survey has gone on to be the most quoted piece of evidence of groups like Women’s Aid and Safe Ireland, in the absence of any more reliable surveys to quote in their favour. And we have not space here to  mention FEMM, the feminist committee within the EU Parliament which has its own lurid history.

In conclusion we note that Nov 19 is International Men’s Day. Here is the second of two videos for Nov 18