Anybody who relies on RTE for its news would be forgiven for believing that DV was purely a one way street that women were the sole victims and that men were solely responsible.

This attitude was maintained through the summer months and again in October-November. Male victims are simply airbrushed out, their existence is denied; instead, men are implicitly depicted as perpetrators. MVI protested to RTE last June about their biased coverage and again in November.

While there are surely many male abusers, it is worth remembering, as was highlighted at Conference 2019, that 58% of DV is reciprocal, it is not a black and white issue as the media constantly make out and the state agencies assert.

We learned some of the latest facts about funding from answers to Parliamentary Questions:

It is worth remembering that 58% of DV is reciprocal, it is not a black and white issue

It should be remembered that Tusla is not the only state agency providing state funding for DV services. There are others. For instance the Department of Justice provided €1.88 million  in 2019. Of this €615,000 went to 28 women’s groups while Men’s Aid got €20,000. The bias of the Department was shown in the allocation of €525,000 to MOVE, the men overcoming violence group. There is no such group for violent women.

Tusla, working with hotels and various non-governmental organisations, sourced an adequate number of additional new spaces to replace the places that had to be closed due to social distancing requirements, the Minister’s statement read.

RTE interviewed Women’s Aid and Safe Ireland at least six times on flagship programmes Morning Ireland and Today with X between mid-March and mid-June. There were more interviews in October-November. Yet not once did it choose to interview the CEO of Men’s Aid.

RTE Claim before Oireachtas Committee: Journalists should be “impartial and objective” and “fair to all interests”

And it claimed to an Oireachtas committee that it was a Public Service Broadcaster: “We need journalism and a national news and current affairs service that we can trust, that is fair [and] fearless,” it declares adding that on “matters of public controversy”, RTÉ journalists should be “impartial and objective” and “fair to all interests”. This was in the context of RTE begging the state for more funds to make up for its huge losses.
The bias of RTE has been noticed by other sources, indeed it has come in in for increasing criticism in the past year. On Nov. 15 Eilis O’Hanlon writing in the Sunday Independent commented as follows:

RTÉ bigwig Adrian Lynch last week told a joint Oireachtas committee that the State broadcaster is losing €50m annually because of a combination of people who either don’t pay the licence fee or don’t have a TV set at all. 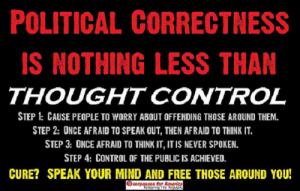 Last year the exact same argument was being made, in the exact same language and using the exact same figures, by director general Dee Forbes. Ditto for 2018. And 2017. Deprecating RTE’s claim to provide Public Service Broadcasting she went on: Those who don’t subscribe to a predictable nexus of self-styled progressive values feel increasingly as if their genuine concerns are sneeringly dismissed.

The new online journal Gript.ie was even more scathing: Adrian Lynch said there were more than a quarter of a million people who evade the licence fee and a further 140,000 households without a TV.
As for the 250,000 who “evade” payment? That figure actually understates the number of people in Irish society who wouldn’t pay a TV licence. Most people don’t know this, but RTE actually gets a big annual payment every year from the Department of Social Protection, to cover the TV licenses of those who are entitled to a free one under the household benefits package.
The national broadcaster is riddled with political bias.

In a conversation with Kathrina Bentley the new CEO of Men’s Aid we learned some sombre facts:
Men’s Aid are getting just €240,000  currently from Tusla; it is about 1% of what the women’s groups are getting and it is completely inadequate to provide even a skeleton service. The service runs from 9 to 5 Monday to Friday.
In addition to their Navan office they run an Outreach service in Louth, Cavan and Monaghan.

There are no shelters for men. There are 21 refuges for women, and two new ones are currently being set up

Of the 3500 calls they received during the pandemic, 43% were from the Dublin Area which is home to 1.5 million people and yet has no support centre. This underlines the urgent necessity of setting up a Head Office in Dublin.

Many of the men who call are suicidal because they have nowhere to live. Some are sleeping in their cars others end up on the street.
There are no shelters for men although they are badly needed. There are 21 refuges for women, two new ones are currently being set up and they have been offered further help from AirBnb.
Men’s Aid want to set up offices in the major cities: Dublin, Cork, Limerick, and Galway if funding is provided.
Tusla now say Men’s Aid is to cover the North East only. In 2018 Tusla had designated Men’s Aid as a national service.
The fear is that Tusla no longer want to designate Men’s Aid as a national service. On Oct 22, following an interview with Women’s Aid, RTE put up helpline numbers for victims but the National Advice Line for men was a Waterford based number and Men’s Aid was not mentioned.
In summary there is pervasive bias against men and services for men both in RTE and Tusla. It may well be pervasive throughout state agencies more generally.