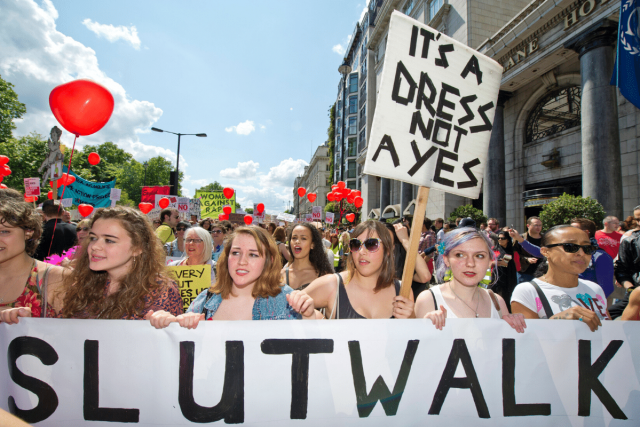 The report of the Working group on the Review of the Prosecution of Sexual Offences ( O’Malley report), came out on Aug 6.

On Sept 7 2018 then Minister for Justice Charlie Flanagan announced the setting up of the Working Group, the terms of reference of the group and invited proposals from interested parties. In the aftermath of the Belfast trial in Feb-Mar 2018 and the outbreak of fury on social media following the acquittal of the accused, heavy pressure came on the government to review the procedures in sexual assault trials from a variety of groups. This was spearheaded by the Rape Crisis Network, RCNI, which miraculously had a document ready in March written by an expert group which included a number of legal academics and lawyers. Undoubtedly this document had been commissioned in advance by the RCNI in anticipation of the verdict, though given added urgency by that verdict.

This document incorporated a great deal of thinking which had been going on in the English speaking countries for some time and has been discussed elsewhere on this website. Suffice it here to say that it was inspired to some extent by critical legal theory, an offshoot of critical theory which has been gaining ground in academic circles for decades going back to the 1980s or earlier.

The document drew on proposals then being made in the justice system of England and Wales which put forward the most radical and far-reaching changes in procedures and came as a shock to even battle-hardened veterans of the culture wars. They threatened to overturn the most fundamental principles of our justice system and drastically weaken the due process protections which have served us so well. This was to be done in the interest of protecting “vulnerable witnesses”.

The RCNI wanted to abolish some due process protections

Men’s Voices made a detailed submission to the Working Group, the only group representing men to do so. By contrast there were several submissions from groups representing the interests of women, including DRCC and Women’s Aid as well as RCNI. As so often in the past the huge disparity in resources facing a male advocacy group which has no office, no permanent paid employees as compared with the state-funded women’s groups was once again starkly revealed. MVI had no recourse to professional advice, no standing in the media or political circles and was wholly lacking in legal expertise in contrast with a well prepared opposition which in addition had the enormous advantage of having already produced an expert document which was expressly referred to in the Terms of Reference as a kind of blueprint. We had only recently become aware of the Criminal Justice (Victims of Crime) Act 2017 which had already queered the pitch and were unaware that this Act itself was designed to implement the European Union Directive on the Rights of Victims of Crime (Directive 2012/29/EU). 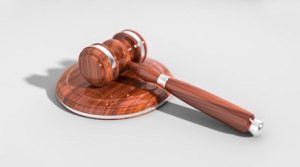 Given all this, we were expecting the worst. However our worst fears were not realised, and the recommendations avoided the excesses of the RCNI document. Nevertheless caution is still required, the Minister is considering the report and changes are possible. In particular the press heading reads:

We will return to the dubious “victim-centred approach” later. The Press Release of Aug. 6 summarises thus:

“Overall, the recommendations are intended to improve the present system by ensuring, as far as possible, that victims of sexual crime have access to information and advice from the time at which the offence was committed, that they will be kept informed of the progress of investigation, that they will be facilitated in giving their best evidence if called as witnesses and that they will be treated with respect and dignity throughout the process”.

The four general recommendations in the report may be summarised as follows: Promoting public awareness of victim’s rights; education about consent; Inter-agency awareness and cooperation; consistency in service delivery.

It is significant that early on under the heading Fundamental Legal Values the report emphasises Article 38.1 of the Constitution and Article 6 of the European Convention on Human Rights which set forth the right to be tried according to the principles of due process.

For us the most important issue arises from the recommendation in Chapter 10  that “all judges presiding over criminal trials for sexual offences and all lawyers appearing in such trials should have specialist training which equips them with an understanding of the experience of victims of sexual crime.”

The issue is one of impartiality: Who is to give such training? If it is NGOs then they are all on one side and so can’t be impartial. The same applies to the recommendation in Chapter 3 re the training of Gardai.

Incidentally MVI is not recognised as a stakeholder here though we explicitly asked for such recognition.

A number of developments have occurred since 2018 which we believe strengthen the case against the more radical proposals advocated by RCNI.

Cardinal George Pell was convicted of sexual assault in 2018, a judgment affirmed by a 2:1 majority of the Victoria Court of Criminal Appeal in June 2019. However, in dramatic fashion, in April 2020 the conviction was quashed by a unanimous decision of the High Court of Australia. Three legislative changes had a significant effect on the trial one of which was the complainant’s examination-in-chief was recorded before the trial, while the cross-examination was filmed outside court and streamed live to the jury. This is similar to one put forward in the RCNI document.

As one observer of the Appeal Court judgment put it: one could be forgiven for thinking the burden was on the defendant to prove his innocence rather than on the prosecution to prove his guilt.

Title IX regulations setting out how allegations of sexual assault on US campuses were dealt with resulted in a kangaroo court system which denied basic due process rights to accused men and resulted in hundreds being expelled without even a semblance of a fair trial. In 2018 over 150 American criminal lawyers, law professors and scholars signed an open letter denouncing the victim-centred investigative practises which flourished under the Title IX system.

These guilt-presuming methods include “victim-centered” investigations, “trauma-informed” theories, and the admonition to always “believe the victim.” Trauma-informed behaviourist theories came in for very sharp criticism as not generally accepted by experts. Harvard law professor Janet Halley has ridiculed the trauma-informed training employed by her university noting that the materials provide a “sixth grade level summary of selected neurobiological research” and are “100% aimed to convince them to believe complainants, precisely when they seem unreliable and incoherent.”

Hundreds of suits for unlawful conviction and damages in the US have resulted in major changes to Title IX regulations which were introduced last May.

Postscript: MVI requested the Minister to be considered a stakeholder and asked for a hearing just as stakeholders on the other side are to be consulted over the coming weeks. Once again, our appeal was not even acknowledged much less given any consideration.

Truly, when the history of this period is written it will rank as one of the darkest chapters in recent times.