For a long time, we have wondered what makes this peculiar world tick: how they think, who their allies are, what their ultimate goals are, and whether there have been any schisms within the movement. Has anybody had second thoughts about the direction or strategy they favour and whether anybody would ever blow the whistle on the extremists?

Now at last we have some idea: one leading light of second wave feminism has written a memoir which betrays her disillusionment. She is Phyllis Chesler and her book is

Women are hugely aggressive. Unlike men, most women have been taught to deny this in themselves 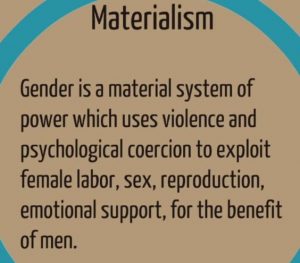 The subtitle is illuminating, it reveals the spread of nastiness within, something not hitherto known in a movement legendary for its closed ranks and ferocity towards those who would spill secrets or raise questions, but in essence not different from other revolutionary organisations. The level of hostility towards the doubters/unbelievers is obvious from the ruthless assassination of those who raised doubts about the #MeToo movement and its excesses for instance.

Chesler has many admissions to make such as this: “women are hugely aggressive—but mainly towards other women. Unlike men, most women have been taught to deny this in themselves and to remain unaware of their own behaviour. Usually, the aggression is ‘indirect’… It consists of spreading gossip about and then socially ostracising a target girl or woman, especially one who is perceived as ‘prettier’ or more talented or simply ‘different’.”

This type of behaviour known as Relational Aggression, was studied in detail by the psychologist Nicki Crick, who regarded it as typical for girls. She concluded that there was little difference in overall aggression between the sexes.

The Revealing Reaction to Rape

Chesler, now 78 many of whose comrades are dead, writes revealingly and candidly about many of the leading lights: Kate Millett, Gloria Steinem, Robin Morgan, Andrea Dworkin and others.

At one point, Chesler was raped by her then-employer, a senior official at the United Nations and dignitary from Sierra Leone. When Chesler disclosed what had happened (rape by a black man) to Robin Morgan and Gloria Steinem—some of the most powerful women in the movement at the time—they refused to support her in confronting her attacker. Chesler writes that Morgan told her that it would “look bad for feminism” for a “white feminist to charge a black man with rape and sexual harassment,” and that Steinem backed up this decision. This brought about a distancing between Chesler and Steinem. Incidentally It comes as no surprise that Steinem later infamously supported Bill Clinton in the face of allegations of predatory behaviour because—her critics suggest—it suited her interests to support the Democratic Party.  Principles are infinitely flexible among the leaders it appears.

What passes for feminism today, at least in the academy, is faux feminism

One chapter of Politically Incorrect Feminist deals with a particularly painful truth: the high rates of mental illness among Second Wave feminists. When she writes of the madness of some of her fellow feminists, Chesler a practising psychologist, knows what she’s talking about: “I don’t mean neurotic, difficult, anxious, or eccentric. I mean clinically schizophrenic or manic depressive, suicidal, addicted to drugs or alcohol, or afflicted with a personality disorder.” Her description of Kate Millett’s long-term suffering is particularly shocking.

Chesler’s disillusionment with feminism today comes out in this quote:

“What passes for feminism today, at least in the academy, is faux feminism. It is far more concerned with racism than with sexism and anyone who does not toe this line is called out as a racist. Faux feminism is far more invested in condemning America, the Enlightenment, Western Civilization, Western-only imperialism, colonialism, and capitalism.”

The well-known but grotesque alliance between radical feminism and Islam, one which has puzzled many observers but is increasingly revealed in many recent events  including the Rotherham abuse scandal described elsewhere on this site, and the Women’s March against Trump, is referred to by Chesler who is no fan of Islam.

Judging by some of her remarks, Germaine Greer is one of these academics who is in her sights. From a Jewish background, Chesler is also very sensitive to the antisemitism she perceives within the movement. Again, this antisemitism is not surprising.

Radical Feminism formed alliances with other perceived oppressed groups such as African Americans, ethnic minorities, LGBT groups, and transgender groups. Intersectionality has grown out of the notion of multiple axes of oppression. But cracks are now appearing in the monolith with growing frequency. Chesler has these harsh words to say:

I feel obliged to say that something has gone terribly wrong among our thinking classes. The multicultural canon has not led to independent, tolerant, diverse, or objective ways of thinking. On the contrary; it has led to conformity, incivility, and totalitarian herd thinking.

…the obsession with transgender victimization; the disappearance of “women” from women’s studies which long ago morphed into gender studies and then into LGBTQIA studies; and in the massive increase and normalization of pornography.

The influence of Postmodernism

Postmodern ways of thinking have also led feminists to believe that confronting narratives on social media or signing petitions are as important and world shattering as rescuing living beings from captivity.

All of this resonated with vague feelings we have had that many things just did not make sense with the vision of a coherent movement with a ruthless strategy for success.

The hot button issues have changed in Women’s Studies. Radical Feminism is losing on every front

It was with genuine amazement that we read this and the following statements about the area of sexual politics. But on reflection we recalled that another feminist icon, Susan Brownmiller who wrote Against Our Will, in which she propounded a feminist theory of rape, did something similar in an article in the New York Times magazine in 2015. Brownmiller then in her eighties railed against young women who on a night-out get drunk and put themselves in danger. She believes it’s unrealistic for women to think they can drink like men and still be safe, and that women are responsible for keeping themselves out of dangerous situations. For this heresy she too was cast out by the sisterhood.

Domestic violence, sexual harassment, rape, and incest are not mainstay subjects in what used to be Women’s Studies. Now, the hot button issues are diatribes about Western-only colonialism, queer people of color, police brutality against young black men, “Islamophobia,” etc. In short, radical feminism is losing on every front.

The last sentence is mindboggling coming from a feminist icon and must surely be causing soul-searching among the commissars of today.

Much of this will cause outrage among some individuals and organisations in this country  for whom the status of women as victims incapable of any wrongdoing has long been an article of faith. One question now is will Chesler’s books, of which there are many, be removed from the canon of approved literature in Gender Studies courses following this piece of sabotage?