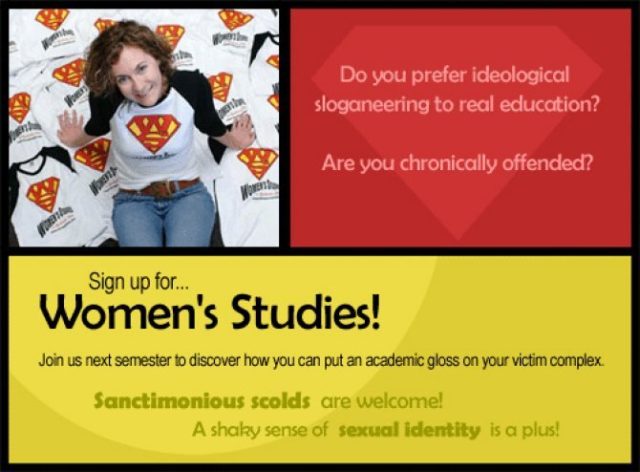 Academia, especially in the US, has seen the emergence of many strange happenings in recent years: no platforming, safe spaces, social justice warriors and their ever-increasing demands. But one of the most reprehensible is the espousal of lurid/exotic studies in certain areas of academia and the concomitant collapse in standards. Political activism is a mandatory and prominent  feature of these courses to the displacement of scholarship, and all is accompanied by the complete indifference if not active endorsement of university administration.

There was a rude awakening and a seismic shock delivered to this smug, complacent sector a few weeks ago when a group of three academics revealed that they had carried out an elaborate sting operation designed to test the standard of peer review and the standard required to publish in a group of selected disciplines. They sent twenty hoax academic papers to journals in these fields and announced that seven had been accepted for publication some of which were published, before they were forced to reveal their true identities. The trio choose a group of what they called Grievance Studies to target for suspected low or non-existent scholarship. Their stated mission has been to expose how easy it is to get “absurdities and morally fashionable political ideas published as legitimate academic research.” 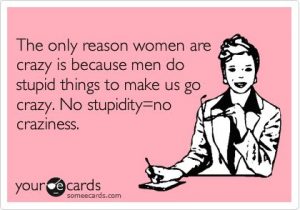 To date, their project has been successful: seven papers have passed through peer review and have been published, including a 3000-word excerpt of Adolf Hitler’s Mein Kampf, rewritten in the language of Intersectionality theory and published in the Gender Studies journal Affilia. As will be familiar to many, Intersectionality theory is a currently fashionable branch of feminist theory.

One published paper in Gender Place and Culture, proposed that dog parks are “rape-condoning spaces” honoured by the journal as exemplary scholarship, contains gems like this: “Dog parks are microcosms where hegemonic masculinist norms governing queering behaviour and compulsory heterosexuality can be observed in a cross-species environment.”

An excerpt of Hitler’s Mein Kampf, rewritten in the language of Intersectionality theory

James Lindsay, one of the three, commented on the journals cited: “Yes, the Journal of Poetry Therapy is by no means big. But qualifying how big or small a journal is is difficult because they’re in disciplines that are subdivided in sub-disciplines, etc. Nobody can deny that Sex Roles and Hypatia are serious journals. Gender, Place & Culture: A Journal of Feminist Geography is the leading feminist geography journal”.

As the Harvard psychologist Steven Pinker tweeted, “Is there any idea so outlandish that it won’t be published in a Critical/PoMo/Identity/‘Theory’ journal?” [PoMo stands for Postmodern(ism), a form of relativistic thinking which is common to these supposedly fashionable studies]. Postmodernism is the focus of attack for many academics in Heterodox Academy, a movement among academics to combat false doctrines which have poisoned academic life.

“Is there any idea so outlandish that it won’t be published in a Critical/PoMo/Identity/‘Theory’ journal?”

The hoax described above was not the first foray of two of the trio behind the present hoax.

On May 19th, 2017, two researchers under the names Jamie Lindsay and Peter Boyle, published a hoax gender studies paper, entitled The Conceptual Penis as a Social Construct, in the peer-reviewed, pay-to-publish social science journal Cogent Social Sciences. The paper was written in the jargon typical of gender studies papers but was deliberately constructed to be completely, even comically, nonsensical. 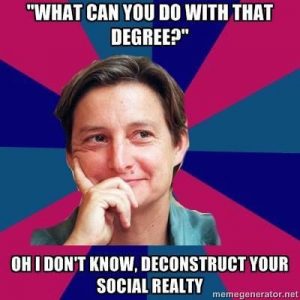 The authors revealed the hoax in the magazine Skeptic. Cogent Social Sciences withdrew the paper but the fact that this paper was so easily published should seriously concern those who work in the gender studies field.

The purpose of the hoax was to make a comment on gender studies. According to the authors “We wrote an absurd paper loosely composed in the style of post-structuralist discursive gender theory. The paper was ridiculous by intention, essentially arguing that penises shouldn’t be thought of as male genital organs but as damaging social constructions. We made no attempt to find out what “post-structuralist discursive gender theory” actually means. We assumed that if we were merely clear in our moral implications that maleness is intrinsically bad and that the penis is somehow at the root of it, we would get the paper published in a respectable journal.” (from the Skeptic article).

Currently there are five Gender Studies departments or centres in Irish Universities all funded by the taxpayer.

24 Oct 2018: Deputy Prime Minister Zsolt Semjen has said gender studies “has no business in universities” because it is “an ideology, not a science”