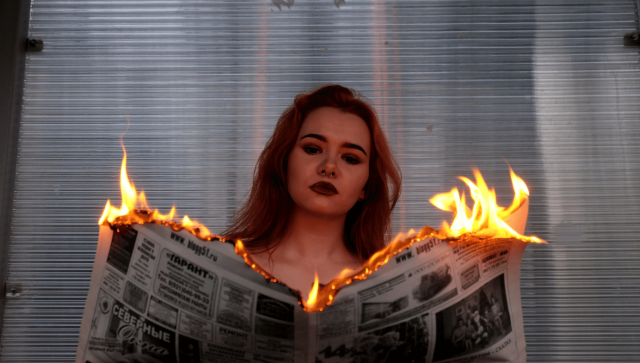 It is becoming obvious that one of the major news stories of recent times is one about the media itself and the way it distorts or fails to report news which runs counter to its own world view or undermines its own ideology.

The media has become a major player in at least shaping news rather than in reporting news, in deciding which news stories get published and which are censored, in how stories are presented.

We have at times noted  the tendency of hitherto trusted media to get facts or stories wrong but this has become a torrent in recent years; moreover it is increasingly being commented on by media itself.

A good example of censorship is how media here, in particular RTE and the Irish Times, present the thorny issue of domestic violence (DV). Contrary to what might be expected of impartial media, there has never been a thorough dispassionate examination of  the international literature on the subject despite the enormous quantity that exists. Instead in article after article and programme after programme they quote the Gospel according to Women’s Aid. Similarly no expert is ever interviewed unless that person can be relied upon to give the Official Narrative.

The reason is obvious: the international literature consistently affirms that men and women perpetrate most forms of DV at comparable rates and that women are as controlling as men, messages that are anathema to the ideologues of Women’s Aid and the media which sustains them.

It fails too to take note of another profound finding: that DV is more complex than the simple black and white model of perpetrator and victim; rather that more than 50% of DV is bidirectional, a fact with profound implications for policy, for how DV is viewed by Gardai and by judges, and for treatment of offenders.

Instead we got an editorial from the Irish Times that violence against women is a continuum that includes murder but encompasses the many other forms of abuse. No criminologist was consulted to support or discuss this theory of violence. As reported elsewhere on this site, during the lockdown arising from the pandemic, RTE interviewed Women’s Aid and Safe Ireland many, many times but never a  representative from Men’s Aid.

There are today scores of stories about media decline in hitherto trusted media and  commentary on the consequences which follow from this. Here are some examples.

A recent book titled Bad News: How Woke Media Is Undermining Democracy  was written by Batya Ungar-Sargon deputy opinion editor of Newsweek. “The fact is,” she writes, “journalism has become a profession of astonishing privilege over the past century, metamorphosing from a blue-collar trade into one of the occupations with the most highly educated workforces in the United States. And along with this status revolution has come the radicalization of the profession on questions of identity, leaving in the dust anything commensurate to a similar concern with economic inequality…”

One of the villains of Ungar-Sargon’s story now appears: the New York Times to which she devotes a chapter. 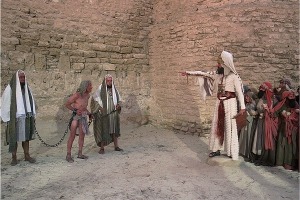 Bari Weiss, writing before she was fired as opinion editor of the NYT after a brief tenure during the tumultuous year of 2020, described the civil war then raging within the newspaper: the New Guard, she says, has a different world view. They call it ‘safetyism‘, in which the right of people to feel emotionally and psychologically safe trumps what were previously considered core liberal values, such as free speech.

The domination of prestige media by graduates of Ivy League colleges has been noted by a number of sources.

In 2019 the New York Times published a series of articles, the 1619 Project, which claimed that the founding event of the modern US was not the 1776 Declaration of Independence but the landing of the first slave ship in 1619. To underline the enormity of the shift Nikole Hannah-Jones, head of the  1619 Project, tells us that “anti-black racism runs in the very DNA of this country.”

This prompted a counter project, “1776” a non-partisan black-led response which declared the United States of America began in 1776, not 1619; which set out to correct some of the historical inaccuracies in the first project and give an alternative inspirational account of the nation’s history. Numerous historians also weighed in to denounce the inaccuracies, which eventually caused the NYT to discreetly change its online record of the project.

The latest piece of hysteria

A more recent exposé of how the paper dug a hole for itself in its anxiety to advance a “progressive” cause, has occurred in the past year. This time it was about indigenous peoples in Canada and the alleged discovery of mass graves.
This led to a ferocious denunciation by a Canadian journalist Jonathan Kay who wrote how “on May 28th, 2021, it was the Times that told the world that the discovery of a “mass grave” had been “reported in Canada.””

The NYT went on to repeat the story in two further articles. No such graves have been found as of July 22 2022.
Kay went on to describe the reports as fake news:
I’ve been in journalism for a quarter century, and have witnessed plenty of bizarre controversies within my trade. But I’ve never witnessed anything similar to this phenomenon. It’s like one of those case-studies in mass hysteria and popular delusion that you read about in history books.

Over the last 14 months, it hasn’t just been the Times, but the journalistic trade as a whole, that’s squandered a good deal of the trust and affection held by readers and viewers. 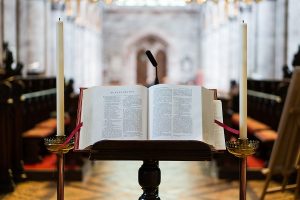 These point to a trend among journalists to become de facto activists, and fall in lockstep with trendy causes at the expense of clear, factual reporting. Jacob Falkovich has written about the Official Narrative which now governs reporting on many issues:
To a first approximation, the capital-N Narrative running our society is written by the prestige legacy media, which receives The Narrative from experts in academia and government, and spreads it with the help of Hollywood and the education system. And the media writes whatever maintains The Narrative’s elites in positions of power and authority.

Finally this piece from Quillette lays out in minute detail the decline of hitherto trusted media, the huge fall in employment, how this has affected reporting and the bizarre practice of denouncing heresies within as well as without. One example : At the Guardian, employees have passed around petitions demanding that editors block all but the most doctrinaire viewpoints on gender dysphoria. A New Inquisition?