Bettina Arndt is an Australian journalist who has campaigned for many years on familiar issues to men.
In her own words: My passion is now the very real problems confronting men and boys in our increasingly male-bashing society. I’m touring Australian campuses speaking out about the fake rape crisis and making videos and podcasts about laws, rules and regulations unfairly tilted to favour women at the expense of men. After over forty years working in the mainstream media, I still make occasional media appearances and write a few articles but the feminist grip on the public agenda means these are now pretty rare.

In a recent blog post she asks:
Do survivors of unwanted staring really have trouble passing exams? Well, that’s the latest claim from End Rape on Campus (EROC) who have put in a submission to the Federal Government objecting to their Job-Ready Graduates legislation which proposes to remove government-funded loans from students who can’t pass half their subjects.
Sharna Bremner, founder of EROC Australia, this week tweeted that this measure would “punish student survivors for being raped.”
She claims her organisation finds sexual violence survivors fail most of their courses as a “direct result of the trauma they have experienced.” Their heightened levels of fear mean they can’t access student services or attend normal classes. It’s re-traumatising for them to have to re-tell their story to receive special consideration in academic assessments. And they can’t support themselves through work due to the effects of the trauma.

But who are these survivors of “sexual violence”? As usual this organisation uses this umbrella term to imply they are talking about rape victims but our million dollar AHRC (Australian Human Right Commission) survey found 99.2 % of students surveyed reported no sexual assault. Most campus victims are survivors not of assault but sexual harassment which the survey found to be mainly unwanted staring. Such is the trauma which prompts them to fail half their courses.

This all dovetails neatly with my recent thinkspot conversation with Diana Davison a Canadian who is well known to men’s rights activists for her sterling work on their behalf.
Diana is co-founder of The Lighthouse Project, a Canadian non-profit that helps the falsely accused. In the last two years Lighthouse has helped over 150 people who are facing online accusations, preparing for criminal trial, or fighting wrongful convictions. Her work has been appreciated and supported by lawyers who recognized the justice gap being filled by Diana and the Lighthouse Project.

She has a group of lawyers involved in her Lighthouse Project, trying to restore due process for the accused.
Diana has been tracking the incredibly successful efforts of feminist lawyers in Canada to tilt laws towards ‘believe-the-victim’ justice, undermining normal legal protections for accused men to ensure more rape convictions.
Diana revealed that Canadian feminists are working with law academics in the UK, USA and Australia, drafting new legislation and using the media to lean on politicians and law makers to enact laws to further this mighty enterprise. Interestingly she has evidence showing that Australia often leads the way in pushing these desired changes into law, which are then monitored by the feminists in the other countries before following suit. 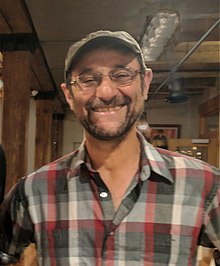 Lee Jussim is a professor of Social Psychology at Rutgers University. In a discipline noted for its overwhelming number of “woke” conformists he has maintained a fearless stance against the dominant ideology and has written many articles challenging the drift towards silence or conformity.
In an article titled My Diversity, Equity and Inclusion Statement  he writes: I have a track record of standing up to intellectual mobs, and plan to continue to do so. That does not mean there is nothing to fear.
I am afraid of those who will punish others for not subscribing to a toxic and oppressive view of social justice. I am afraid, not of actual social justice, but of what some people are willing to do, and are in fact now doing, in the name of social justice.

Part of the problem in discussing this is that the meaning of words, as used in some-but-not-all Social Justice-speak, often differs from common usage. Here is my Academic Social Justice Translator:
Social Justice:
Common: Fairness for people.
Social Justice: Turning the tables. Justifying stigmatization of, hostility towards, and outright discrimination against those not in recognized victim groups or their visible allies.
Diversity:
Common: Variety.
Social Justice: Conferring advantages to groups the Left deems protected.
As Jonathan Haidt has pointed out many times, our society prizes every kind of diversity except the one that matters most of all—viewpoint diversity.
Equity:
Common: Fairness. Rewards commensurate with merit or contributions.
Social Justice: Equality or superiority of outcomes for demographic groups the Left deems protected, regardless of merit or contributions.
Inclusion:
Common: Everyone is welcomed and treated with dignity and respect.
Social Justice: Marginalized groups, and sufficiently performative woke white people, are welcomed with dignity and respect. Others are subject to scorn and ostracism.

As Jonathan Haidt has pointed out our society prizes every kind of diversity except the one that matters most of all—viewpoint diversity.

In a more humorous vein Lee puts labels on some of the ways meaning is distorted by SJWs
In this essay, I introduce a slew of neologisms—new words—to capture the tone and substance of much discourse, rhetoric, dysfunction, and bias in academia and psychology. Here are a few examples
Emotional imperialism: The strange belief that your feelings should dictate someone else’s behavior.
Occam’s trumpet: Ignoring all possible alternatives to “bias” as explanations for inequality and triumphantly proclaiming that bias is pervasive.
Phobophobia: Fear of being called a “phobe” (Islamaphobe, trans-phobe, etc.). Usually followed by self-censorship.
Adminomania: A delusion that increased administrative and bureaucratic intrusions into people’s lives will actually improve something, fueled primarily by a pervasive blindness to unintended negative side effects. See Title IX.