The year 2016 saw two results at the polls which shocked the liberal media, pundits and pollsters throughout the Western world. The decision of the UK electorate to support Brexit and months later that of the US voters to elect Donald Trump had been predicted by almost no one. The media overwhelmingly supported a Remain vote in the UK and Hillary Clinton to become US president. There were acres of print and commentary following both results which sought to explain how the experts had got it wrong. 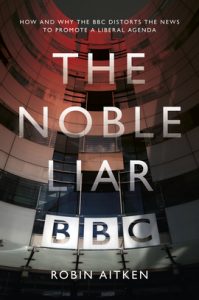 The media is accustomed to being able to manipulate public opinion in all sorts of ways. One such institution is the BBC, the subject of a 2018 book by Robin Aitken: The Noble Liar: How and Why the BBC Distorts the News to Promote a Liberal Agenda. Aitken worked in the BBC for more than 25 years and describes the relentless, institutionalised bias in the news there.

He claims that “the BBC is a profoundly political organization, and denying this obvious fact is an insult to our intelligence.”;

Further, it demands with an unrelenting authoritarianism : “You will tolerate what I say must be tolerated and condemn what I say must be condemned, and if you do not you will be branded racist or misogynist or Islamophobe and be shamed off the public stage.”

Aitken in conversation with Peter Whittle of News Forum is here.

The BBC is a profoundly political organization

This theme recalls that of another book: John Lloyd’s What the media are doing to our politics.

Here the theme is that this out-of-control colossus substantially damages the political process. Lloyd too is a prominent journalist and was editor of the Financial Times.

A cutting insight into media power was given by the philosopher Onora O’Neill who in her 2002 Reith lectures, asserted that the media were the only great power left unregulated.

Men’s Voices has good reason to acknowledge and confirm this bias. Despite the host of issues on which we have campaigned, we have been completely shut out of the print, radio and TV media. No national daily has ever covered any of our issues. Nor have we been offered time on the air waves on any current affairs programmes to talk about such matters as male suicide, the non-gendered nature of domestic violence, the Istanbul Convention or the biased nature of the family law system. Such issues are of no concern to the progressive set. All our efforts to flag issues of concern to men and boys, who constitute 50% of the population have met with a deafening silence.

Still the media puffs itself up that ours is an enlightened society, due largely to itself of course, and constantly points to 40s, 50s and 60s Ireland as the Dark Ages.

Male suicide, the non-gendered nature of domestic violence, the Istanbul Convention or the biased nature of the family law system are no-go areas

An opinion poll in April contained what may be a straw in the wind:  Research published by Behaviour & Attitudes found that 69% agreed with the statement that “society is too politically correct”; 61% of people agreed “everything is changing too quickly” among other things. Such attitudes captured here for the first time, are well known in the US.

Another shock came through on May 18 in the elections in Australia. It was confidently predicted that the Labour Party would be returned in place of the Conservatives, after 6 years in opposition.

According to Claire Lehmann editor of Quillette: The result of Saturday’s federal election in Australia is being treated as the most staggering political shocker in my country since World War II. Scott Morrison, leading the Liberal party, has won a majority government—a result that defies three years of opinion polling, bookie’s odds and media commentary.

Lehmann offers another view on what is going on which is very different from the liberal media’s take:

More broadly, the modern progressive left has lost touch with the fact that what ordinary people want from their government is a spirit of respect, dignity and hope for the future. The fetish for hectoring and moral puritanism… is deeply off-putting to voters whose sense of self extends beyond cultish ideological tribalism.

The class-based realignment of party politics isn’t unique to my country. All over the world, left-wing parties increasingly are being co-opted by politicians who reflect the attitudes and priorities of voters with higher incomes and education levels, while right-wing parties increasingly attract blue-collar workers who’ve become alienated by parties that once championed the little guy.

Asked about this profound shift the prominent US psychologist Jonathan Haidt gave a simple answer: There is no longer a “right wing”, or a left. There are nations and there are tribes within nations, both growing ever more assertive. 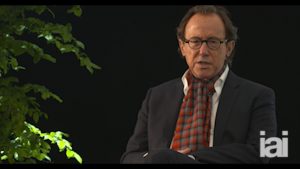 Mark Lilla, a Columbia professor, commented on the US presidential election with an analysis of identity liberalism as “a kind of moral panic about racial, gender and sexual identity”. It granted selective rights and privileges, but never duties. “Expressive, not persuasive . . . it distorted liberalism’s message and prevented it from becoming a unifying force.”

Lilla is scathing of the “whitelash” excuse, which licenses liberals to abuse those voting for Trump and Brexit as racists, and political correctness as yet another right-wing conspiracy.

There are plenty of Irish journalists who will recognise themselves here.