The latest attempt to secure more convictions for rape and tighten the noose on men has begun in the form of a Review being carried out by a Working Group of the Criminal Justice Strategic Committee. The Terms of Reference are here.

This Review was announced by Minister Flanagan immediately following the verdict from the Belfast Trial last March. As if in anticipation a report was published by an expert group commissioned by Rape Crisis Network Ireland in March titled Hearing Every Voice; it proposes some far-reaching measures which could impact heavily on the rights of the accused. Furthermore, the terms of reference make clear that this document will form the main reference for the review.
There has been no public expression of concern at the RCNI proposals on the part of any group, in the media or by any public figure. This is extremely worrying but is not unexpected given past experience in such cases. Our submission is here Revised Submission to Working Group.
Who is to set forth the case for maintaining the status quo given that the document here is a partisan one, the RCNI has repeatedly stated on record that the rate of convictions for rape is very low and there is a need to secure more convictions?

Ostensibly the report claims to be motivated by compassion for complainants, initially dubbed “vulnerable witnesses”, in such trials but the mask soon drops as it proceeds.
It sets out what it says are the dangers to “vulnerable witnesses” arising from the ordeal of the trial and the risk of inflicting further trauma on such witnesses. It includes all who are victims of sexual or violent crimes in this category.
A most notable feature is the use of the word “victim” or “victim of sexual crime” right through the document, and the accompanying designation of this person as a vulnerable witness. This is a most contentious issue when it is considered that the purpose of the trial is to establish (i) whether a crime has been committed and a particular person, the complainant, is the subject of that crime and therefore deserving of the appellation victim, and (ii) whether the accused committed the crime.
This use of the appellation victim could well have a significant effect on the jury, which could then, consciously or unconsciously, regard the accused as the perpetrator, which would be prejudicial to the accused. Unfortunately, this designation seems to have crept in largely unnoticed, into legislative documents and into press descriptions of court proceedings in recent years. It appears in the Victims of Crime Act 2017, where victim is defined and declared to be independent of any offence having to be established. The ease with which this was accepted is a further cause for alarm.
This danger has been alluded to by Angela Rafferty QC, chairwoman of the UK Criminal Bar Association. In the Sunday Times magazine article cited below, she warned about a practice increasingly evident here: “sexual offence cases where the complainant is labelled victim before a trial has even started. But this is not a simple gender issue—women v men—its deeper than that. The CPS has taken its eye off the ball on disclosure… miscarriages of justice will occur if this isn’t fixed quickly”.
Such “victims” are to be accorded special treatment: Pre-recording of evidence which could then be played back in court; more use of video-link; the piloting of pre-recorded cross-examination which, if adapted for general use, would mean the complainant would not have to attend the trial at all.
Other measures proposed relate to “oppressive questioning” and the demand that the defence lay out its strategy for the judge to give directions on how it should conduct the cross-examination of the complainant and how it should put questions to her.

One of the terms of reference for the Review is
The use of pre-trial hearings to determine evidential issues including conflicts of evidence and sexual experience evidence.
Any measures which might impede the defence or cause the defence to reveal its strategy in advance seem to us prejudicial.

We have real reservations in relation to the proposal in the terms of reference to provide specialist training to An Garda Síochána, members of the judiciary and legal professionals dealing with sexual offences. This relates to who is to provide such training. If it is solely RCNI and kindred bodies, the question of balance arises. Who will be there to counter the kind of biased instruction given to the Met police to automatically believe complainants, an order that was countermanded only last April? 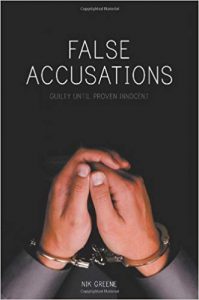 One of the most contentious proposals is that complainants should have cross-examination pre-recorded so that there is no necessity for the complainant to attend the trial. This is now being piloted in England and Wales and the proposal is that it also be piloted here with a view to general adoption eventually.
The value of “live” evidence to the defence lies in the opportunity to observe a witness’s demeanour and tone and the ability to confront the witness during cross-examination. In the words of John H. Wigmore, “Cross-examination is the greatest legal engine ever invented for the discovery of truth.”
The proposal to eliminate this is a huge threat to due process.
Live evidence affords the jury an irreplaceable and invaluable opportunity to observe how the witness comports her/himself under serious questioning. This may be crucial when the witness is the complainant and the evidence to be tested could send the defendant down for ten years. Another issue to be borne in mind is that the complainant may be wrong in believing there was an offence committed.
Police when first questioning a suspect or a witness are on the lookout for, and keenly aware of, signs of stress in demeanour or voice and make judgments on the basis of this. It is just as important that a jury be afforded the same chance. What is going on here is the systematic erosion of the hard, stern features of the law in the name of feelings, hurt, and compassion.

I have learned to never “just believe” anyone. What I believe in is process.

Below are two further quotes in italics from the RCNI document with our comments.
“If, as now occurs in other jurisdictions, cross-examination is pre-recorded in certain cases, this can circumvent the need for certain witnesses to be present in an intimidating and formal courtroom setting in the presence of the accused.”
There is bias evident in the wording here; it presumes the guilt of the accused and makes no acknowledgment that the situation may also be intimidating for the accused who must be presumed innocent until proven otherwise.

Further bias is evident in another statement:
“Adult victims of sexual offences are likewise vulnerable within the traditional trial procedures and should be seen as inherently in need of special measures. Cross-examination is the critical point of concern for victims of sexual offences because it is the point where they are at the greatest risk of re-traumatisation. It is still the case that some cross-examinations in sexual cases are based on outdated, unfounded but pervasive and extremely prejudicial myths about rape and sexual assault.”

This is the emotional argument which is such a feature of current demands for changes in the law and put forward with little in the way of supporting evidence.
What are these myths? One often reads statements of this kind in newspaper articles. It is not enough simply to make assertions of this kind. This needs to be spelled out.
Why inherently in need of special measures?
Much has been made about re-traumatisation but again one asks where is the evidence? The absence of solid psychological evidence in a document which gives lots of footnotes for other items is a real deficiency.
Once again there is an attempt to restrict and confine the questioning in cross-examination and thereby circumscribe the defence case.

Our submission has a final section on False Accusations. We are only beginning to uncover the real extent of this problem due to the paucity of sources. RCNI estimates the rate to be of the order of 2% but the quotes we have found from certain US sources are much higher. FBI reports from 1995, 1996, and 1997 consistently put the number of “unfounded” forcible rape accusations around 8% as does the US Dept of Justice; others are a good deal higher.
Much depends on how these are classified.
Read our document for the picture as we know it to date. See also The Innocence Project, Peter Joyce
Some recent cases in Ireland are listed on our web page article

Here are some data from the UK: 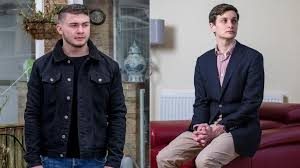 In the UK the Sunday times revelations about several cases which occurred in 2017, and which came to light only because of last minute disclosure of evidence, led in Jan. 2018 to Scotland Yard announcing a review of every one of its sex crime investigations, where a suspect had been charged, following the collapse of two rape prosecutions in a week. Some 3600 cases were looked at. According to the link below: Vital evidence was withheld from defence lawyers in 47 cases of rape and sexual assault, the Crown Prosecution Service has revealed June 2018
Officialdom has been at fault too: Alison Saunders head of the CPS was condemned for claiming the number of rape convictions was more than double the real figure. She was told of the true figure in a letter from the UK Statistics Authority.
A further matter relates to the attitude of police. Commissioner Cressida Dick of the Met police said officers must investigate rather than blindly believe an allegation and should keep an open mind when a victim has come forward ( April 2018).
These and other instances warn that we should be extremely cautious about any weakening of due process in the interest of sparing trauma or otherwise.

The radical assault on due process here is happening elsewhere as many articles attest.

Here is one from Canada. The Canadian author Stephen Galloway was thrown out of his post in UBC amid allegations of sexual misconduct which were later found to be baseless.

When writers such as Margaret Atwood demanded due process for Galloway, they were shouted down on social media as apologists for rape culture. When it was pointed out that the university-appointed investigator had found no convincing evidence of sexual assault, this only enflamed the critics. They demanded that members of the Canadian literary community privilege social justice ideology over due process.