Safe Ireland is nothing if not ambitious: it  describes itself as the National Social Change Agency working to end gender-based violence with a specific focus on male violence against women in intimate relationships.

Since Women’s Aid was already established it is natural to ask why Safe Ireland was needed at all but this is naive; coherence is not a characteristic of radical feminist organisations nor indeed of the State that attempts to deal with them.

The emphasis on marking out its territory as working to effect social, cultural and political change as well as to coordinate local DV services, indicates a readiness to muscle in on ground already claimed by the National Women’s Council as well as Women’s Aid.

This is affirmed by the self-description National Social Change Agency and is further borne out by  later actions.

Safe Ireland published a pre-budget submission calling on Government for an investment of €172.99m in domestic violence protective and preventive measures across ten government Departments.

“It wants €161m investment in 338 new emergency refuge spaces with special consideration to the nine counties with no units whatsoever”.

This is clearly an organisation used to getting its own way.

Acknowledging the scale of the demand, CEO Mary McDermott stated that: “Whilst €179m (sic) may seem like an ambitious ask, we would like to draw attention to the government’s Summer Economic Statement which stated its intention to make €500 million in tax cuts in Budget 2022. We are calling for a deferral of these tax cuts in order to fund investment in protecting women…”.

After the budget McDermott opined “It is beyond disappointing, indeed offensive,” of the failure of government “to invest in critical DSGBV response measures”. It would mean that “domestic violence services and rape crisis centres will now have to compete against each other for resources, and against Tusla’s other priorities, including its own corporate development.”

In its pre-budget submission Safe Ireland called on Government for an investment of €172.99m

One can almost hear the table banging that goes on when meetings are held with Tusla, state officials and perhaps the Department of Justice. This is not fanciful, as we see below.

If anyone is looking for further proof of Safe Ireland’s ambition and associated self-regard, it need only look at the Summits it organised in 2016 and in 2018, at the time when Sharon O’Halloran was CEO.

“The inaugural Safe Ireland Summit 2016 was the beginning of an uprising, gathering together the minds and passion of leading status quo disruptors” boasts the headline on the web page. There follows a list of photos of the principal speakers, 48 in all, many from abroad, together with audio clips of some contributions.

Some of the Irish speakers were no surprise such as Frances Fitzgerald TD, Colm O’Gorman, Pantibliss but others were: Claire Byrne and Ryan Tubridy of RTE and Emily Logan then Chief Commissioner of IHREC. While Logan’s appearance is a bit problematic, one speaker that can surely be questioned was Joan Mullan, National Manager for Domestic, Sexual and Gender Based Violence Services with Tusla. This was a blatant abuse of  position and made plain to all where her sympathies lie. Neither the speech of Logan or Mullan was available on the website.

“The Safe World Summit was the biggest and most important event on gender equality and gender based violence to take place in Europe in 2018. Over two days in October 2018 35 global leaders joined over 500 activists at the Mansion House”.

K Zappone along with Ivana Bacik was a speaker. A notable absence from the list both in 2016 and 2018 was a speaker from Women’s Aid. The same was true for the NWC. This points up the rivalry we spoke of earlier.

The exclusive nature of the summit was reflected in the cost of tickets: Full ticket €395; Early Bird Ticket  €295. The concession for Student/Senior/Low wage? A bargain at a  mere €250.

To make doubly sure it made money on this summit for the wealthy, Safe Ireland got funding from Pobal, Cosc, FB, Twitter, NUIG Global Women’s Studies, Tusla, UL School of Law, Dublin City Council, Dept of Community and Local Government and the State  Scheme to Support National Organisations 2016-2019.

So the Irish taxpayer paid up yet again for this extravaganza, displaying once more the craven nature of this state and its agencies. 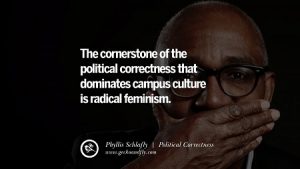 As stated before we still do not know the full list of state organisations that contribute to the coffers of Safe Ireland and Women’s Aid but the amount paid out is far bigger than the Tusla contribution. We got a better idea of this payout from a Cosc document of 2014.

See Section 9.1 Gender: “In the structures, resources and activities of the  national strategy, implementation and response is focussed more on women as victims and men as perpetrators, while acknowledging the possibilities of men as victims and women as perpetrators. It is noteworthy as an aside, that Amen, the sole dedicated voluntary sector organisation dealing with male victims of domestic violence spent €190,000 according to their 2012 published accounts. This is 0.6% of the expenditure of all domestic violence voluntary sector services in the same year (€31.66m.)”

This is revealing since it contains contributions not only from HSE (Tusla) but also Pobal, CSVC, Community Foundation Ireland, Ireland Funds and sundry others. Since Tusla funding for 2020 was about €26m it begs the question what was the total payout for 2020? Was it €35m?, €40m?

Reading further on we get a rare insight into the arrogant attitude of groups like Safe Ireland when dealing with Cosc:

“Some of those who sit around the table regard violence against women exclusively as another and pernicious manifestation and enforcer of women’s longstanding inequality with men in our society, and are reluctant to accept alternative analyses”.

How much has changed since then?

Question for Comptroller and Auditor General: What was the grant of €57,000 under Nollaig na mBan used for?

The last item copperfastens the notion of an insatiable greed along with a weak spineless State which cannot say No.

The art of milking state cows is second nature to Safe Ireland.

The balance at end of 2020 was €922,000 compared to €532,000 at the start, another healthy profit for an organisation which is supposedly non-profit. It makes the point yet again: the state never does an audit of these groups to determine how taxpayer’s money is spent. They are untouchable.

The balance forward for Safe Ireland is almost four times the total paid to Men’s Aid for 2020; yet Tusla refused funding for a 24/7 service for men in 2021.

More than anything else this underlines the status of men today as third class citizens.