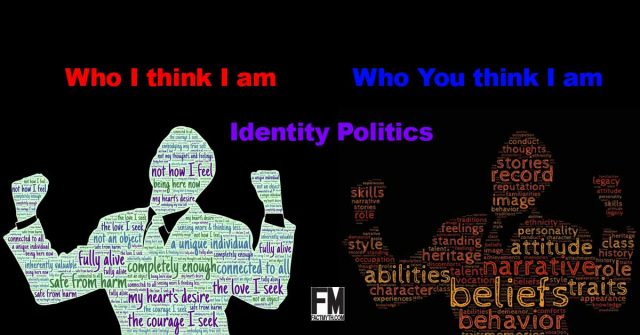 For a long time, we at MVI have been trying to get a hearing on RTE radio and TV to put the case for men and boys across a range of issues which have suffered serious neglect. We have made numerous appeals to different current affairs programmes to be heard. We have been met each time with a stony silence. This, despite offering to put into the public domain vital evidence on issues such as domestic violence, evidence which has never been heard by the public and which would dramatically challenge the dominant narrative. We have also offered to debate the infamous Istanbul Convention not only with those groups which support it but also with politicians. All to no avail.

We have been puzzling over the question: how is it that the media is so rigged that issues of concern to men and boys are never aired; further, why are politicians equally resistant to raising such matters in their public utterances and invariably come down on the politically correct side every time. There has been a deliberate, determined policy to shut us out of all the relevant discourse. And there has been no debate/discussion because the media-political complex is determined not to allow it.

We are well aware that certain groups are privileged including women, coloured people, LGBTI, ethnic minorities. Other groups are to be shunned: Christians, particularly Catholics. Bottom of the barrel are straight white males, who happen to comprise the great majority of males.

Is there some kind of alliance of the favoured which maintains their influence especially in the media? we wondered. We recalled certain events of the recent past which were puzzling: one set in Germany and the other in England.

During the 2015/2016 New Year’s Eve celebrations, there were mass sexual assaults, 24 rapes in German cities, mainly in the Cologne city center. For all of Germany, police estimated in a document leaked in 2016 that 1,200 women were sexually assaulted and that at least 2,000 men were involved, often acting in groups.

According to the police these were men of “Arab or North African appearance” and these attacks were unprecedented.

Only a small number of the alleged perpetrators have been identified.

By July 2016, four perpetrators had been convicted, and it was reported that half of the 120 outstanding suspects had been in Germany for less than a year, most of them from North Africa. There was criticism of late media reporting:

Several media outlets at first did not cover the story and only started reporting on the incidents on 5 January, after a wave of anger on social media made covering them unavoidable. The public television channel ZDF later acknowledged that they had failed to report on the incidents despite having sufficient knowledge to do so.

The delay in reporting on the assaults in the media lead to accusations that the authorities and the media attempted to ignore or cover up the attacks to avoid criticism against the current asylum and migration policy of the government.

An immediate and obvious question is: where were the radical feminists, usually so quick to spring to the defence of women, often for far less serious offences? 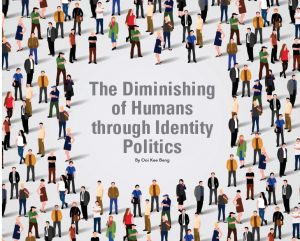 The second set of events occurred in the English town of Rotherham. The Rotherham child sexual exploitation scandal, described as the “biggest child protection scandal in UK history”, consisted of the organised child sexual abuse that occurred there from the late 1980s until the 2010s and the failure of local authorities to act on reports of the abuse throughout most of that period.

From January 2011 Andrew Norfolk of the Times pressed the issue, reporting in 2012 that the abuse in the town was widespread, and that the police and council had known about it for over ten years. An inquiry revealed that about 1400 children had been abused, most from orphanages or disadvantaged backgrounds.

Because most of the perpetrators were of Pakistani heritage, fear of being thought racist caused many council staff to avoid identifying their origins, and this fear passed to the police as well. A document from Rotherham’s Safeguarding Children Board conveys the appalling cowardice of those charged with protecting children:

There are sensitivities of ethnicity with potential to endanger the harmony of community relationships. Great care will be taken in drafting …this report to ensure that its findings embrace Rotherham’s qualities of diversity. It is imperative that suggestions of a wider cultural phenomenon are avoided.”

Once again where were the feminists during this long -protracted period of abuse? Surely, they must have been aware of what was going on. Rotherham town council was a Labour stronghold at the time. 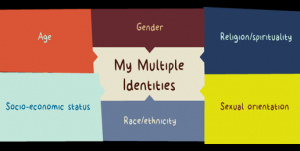 A book just published casts some light on these questions.  The Tribe: The Liberal Left and the System of Diversity, was written by Ben Cobley, a long-time member of the Labour party, who was run out of his own party in large part for supporting Leave in the lead up to the 2016 Brexit referendum. What follows is from a review by Helen Dale https://quillette.com/2018/09/06/the-system-of-diversity/. She writes:

“The Tribe is an articulate, scrupulously fair but nonetheless root-and-branch attack on the ‘system and administration of diversity’, not only in UK Labour but also in other British institutions, including the civil service and the BBC.”

“The Tribe describes how Britain’s Labour Party (and much of the wider labour movement, as well as other institutions) has been taken over (even ‘stolen’) by a political ideology that maintains we all have fixed identities, rather than being members of more malleable social classes. This ideology — Cobley calls it ‘the system of diversity’ — bears little relationship to the traditional Labour project. Instead of trying to raise up the poor and downtrodden by providing them with tools to organise and educate themselves, Labour — and institutions that feed it or recruit from its ranks — now exists to further a regime where we all exist in relationships of oppressor and oppressed with everyone else. These relationships of oppressor, oppression and power are always and everywhere based on fixed forms of identity: sex, race, religion (Islam, in particular, is rendered immutable), sexual orientation, gender”.

This sounds very like identity politics, though not so described, but it is a scary reminder of just how far this ideology has penetrated major British institutions. There is much support for Cobley’s thesis: see for instance the Sunday Times Sept 9 2018.

Tony Blair agrees: “There are lots of people associated with me who feel that the Labour Party’s lost, that the game’s over”.

A regime of outrageous and systematic discrimination across multiple institutions

Dale goes on: “Under the ‘system of diversity’, victimhood never ends. Cobley documents a regime of outrageous and systematic discrimination — in hiring, training, and in terms of financial largesse — across multiple institutions (including the BBC and civil service) and within Labour. The favouritism is meant to produce equality of outcomes, and diversity is treated as a per se good. Equality of outcomes is the only policy goal.”

Cobley tells the story of the Rotherham scandal and of what happened to one Labour MP, Sarah Champion, who tried to do the decent thing for her constituents. In chilling words Dale says: “the full force of the ‘system’ was brought to bear in a way enormously destructive not only of her political career but also of her ability to function as an adult human being. The system set out to break her. Among other things, she now requires 24-hour security and is routinely deluged with vile abuse.”

Where were the feminists? Dale responds: “Labour’s posh feminists refused to move the levers of power on behalf of poor white girls who formed a genuine (as opposed to political) victim class — despite being made well aware, thanks to Champion’s efforts, of what was going on”.

So not only the UK Labour party but also the BBC and the civil service have been infected by this radical left ideology. It is not a far step to infer the same applies to the rest of the UK media, or at least to large sections of it. It helps to explain a good deal of what is going on.

The rot engulfs much of the media and politics as we surmised at the beginning. People are often accused of heeding or spreading conspiracy theories but there is evidence for something going on on a large scale. Further evidence exists which, at least in the US, is now becoming well documented and points to the takeover of huge sections of academia, by hard left ideologues. Jonathan Haidt and others, alarmed by the spread of identity politics among academics in the humanities and the social sciences, have set up a campaign and an entity known as the Heterodox Academy to combat this and are actively recruiting members among academics. Haidt reckons that in many departments the ratio of left to right is 17:1 or much more, effectively a complete absence of diversity. The same point has been emphasised by Jordan Peterson in many of his youtube videos. When all these facts are combined the idea of a takeover is not at all far-fetched.