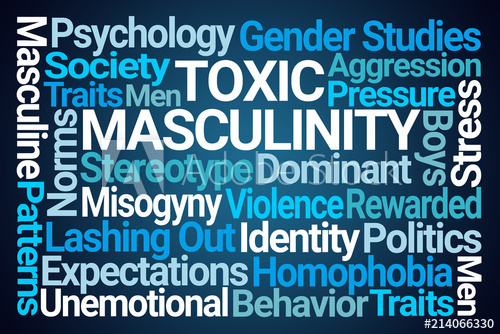 The American Psychological Association issued guidelines to practitioners in how to deal with troubled men and boys which caught much attention in January 2019. Interestingly these were issued the previous August but as they didn’t make the desired impact then, they were relaunched as it were by obliging media such as the Guardian.

“Traditional masculinity – marked by stoicism, competitiveness, dominance and aggression – is, on the whole, harmful.”

The APA defines traditional masculinity as “a particular constellation of standards that have held sway over large segments of the population, including: anti-femininity, achievement, eschewal of the appearance of weakness, and adventure, risk, and violence.”

As Toby Young has written in an article in The Spectator

“Traditional male qualities like courage, self-reliance, competitiveness, stoicism, personal ambition and a love of adventure are ‘psychologically harmful’. If you’re in any doubt about the takeover of the American psychological profession by grievance studies professors, look no further than these guidelines. There’s scarcely a sentence that isn’t freighted with the ideology of the social justice left.” 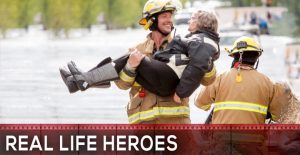 The most notable feature of the guidelines, one pointed out by many experts, is the complete reliance on the discredited doctrine that gender and therefore masculinity is socially constructed, and that biology plays no role; it is not mentioned. It shows how completely the APA has fallen under the sway of the gender theorists and how utterly it has abandoned scientific principles that a theory that has been comprehensively debunked, demolished, many decades ago is here repeated as if nothing has happened.

It seems only a matter of time before these promptings are taken up by schools which will be encouraged to design programmes to re-engineer boys according to the new guidelines.

And what of those who refuse to take part, the nonconformists who will stubbornly resist, who will continue to display evolutionary hardwired masculine characteristics?

A Gulag for the recalcitrant, the recidivists? Why not? The hard leftists have embraced Marxist doctrine which is highly visible in their language, ideology; it is also to be seen in how they demand total, absolute acquiescence to the party line. Anybody who even moderately demurs, is savaged as happened with the #MeToo campaign.

This should concern all parents of boys who will find themselves classed as second-class citizens in need of remedial indoctrination to render them passive and obedient.

Traditional Masculinity is toxic is the now open undisguised message in all its harshness and must be abandoned. The thrust of the arguments hammer home the view that traditional masculinity stems from prejudice, power and patriarchy. The theme was taken up in the most cynical, truckling, toadying manner by Gillette in its latest ad which caused so much furore in the media, both mainstream and social.

The attacks are endless, part of a deliberate pattern and will go on unless and until a sufficient body of people stand up against this tyranny, take on the radical feminists at every opportunity. These are ubiquitous and state supported and visible in the gender studies departments of the universities, in the media and in politics itself. It has been pointed out repeatedly that if similar attacks were made on femininity, there would be an almighty outcry with the matter being raised in the Dail and demands for action. Can we expect similar action on behalf of men? Unfortunately the record shows no.

We are well aware that politicians kowtow shamelessly to the demands of the ideologues; the male politicians in particular are so feeble minded that they cringe and are pathetically ready to jump to the command of the master puppeteers. 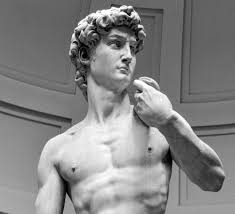 They strongly suggest that those who play physical contact team sports such as GAA, rugby, which display and celebrate the traditional masculine characteristics impugned earlier, as do those who take part in individual sports such as boxing, MMA, wrestling etc, all fall under the general condemnation.  This is despite the fact that women now engage in all these sports without exception, but it is conspicuous that there is no comment on this, still less condemnation and the general strictures that apply to men don’t apply to women at all.

The Gillette ad represents a new departure where commercial firms enter the fraught field of gender relations, social policy and openly take sides in a sociological debate and become a partisan player and supporter of a pernicious ideology. All of course founded on believing it is on the winning side here. Toxic masculinity is mentioned along with the #MeToo campaign at the outset and sets the tone. It finishes in a smug sanctimonious nod in the direction of good fathers and their influence on children. It completely omits any reference to the scandalous manner in which fatherhood is belittled in today’s society, such as the manner in which fathers are separated from their children by decisions of the family courts, struggle thereafter to gain unequal access to them while very often paying maintenance and/or a mortgage to boot. Unmarried fathers are still denied automatic guardianship rights, A measure proposed by the Law Reform Commission many decades ago. 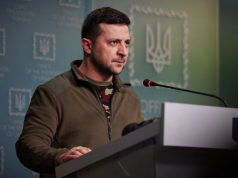