Practically non-existent fifty years ago, Family Law, since grown exponentially, is now one of the largest areas of civil law practice. The State has created a massive legal industry which, although discriminating primarily against men, is harmful for society as a whole.

In the 2015 Dail debate, Deputy Billy Kelleher stated: “With the best will in the world, our family law courts are still adversarial. On many occasions, it is a winner-takes-all approach.”

Family Law has been shaped over the last four decades by the legal profession and women’s organisations, and without any of the needs of men and fathers being taken into account.

The organisation which promoted the evolution of the family law industry in the 1970s was ‘AIM – The Family Law Reform Group’. This group consisted almost entirely of women, many of whom were lawyers. In a book entitled Women and Politics in Contemporary Ireland: from the Margins to the Mainstream, Yvonne Gilligan deals with the evolution of AIM up until the book was published in 1998. Two quotes support the view that AIM was a women’s organisation:

Family Law has been shaped over the last four decades by the legal profession and women’s organisations. The result has been much hardship for men and children.

At present all applications for separation or divorce begin with a Civil Bill. These documents consist of a litany of requests (reliefs to use the legal term) by the applicant stating what she (the applicant is usually a woman) wants. Essentially she will want:

These legal documents involved in this procedure follow a fairly standard format and usually include a statement demonising the father/husband and portraying him in the worst light possible.

At present all applications for separation or divorce begin with a Civil Bill. This hostility-inducing process is of considerable benefit to the legal profession.

The wife is under no obligation to have any regard for the other party’s ongoing welfare or their children’s need for a father in their lives. The respondent husband is then forced to respond in a similar manner even though he knows that the system is structured to ensure that she will win and he will lose.

This hostility-inducing process is of considerable benefit to the legal profession.

The fact that the Civil Bill exacerbates hostility was recognised by Carol Coulter in her Report to the Board of the Courts Service – Family Law Reporting Pilot Project, October 2007, in which she states:

“The language in which the Family Law Civil Bill is couched is very adversarial, and can include a very long list of proposed reliefs (requests), including sole custody of dependent children, highly restricted access to them for the other parent, sole occupancy of the family home and its transfer into the name of the applicant, maintenance for both the children and the applicant spouse, a pension adjustment order, other financial orders, including a lump sum, and, if there has been any suggestion of domestic violence, barring or safety orders.

In this they mirror the type of claims made in other actions, like personal injury actions. Cases are often pleaded at 100 per cent of the possible reliefs when there is no real basis for such a claim. Often most of these reliefs do not ultimately form part of an agreed settlement or are not granted by the court. However, the very fact that they are sought as one of the opening salvos in the family law action is not conducive to an amicable outcome.”

The Family Mediation Service and its shortcomings

The State’s only attempt to ameliorate the high levels of hostility which the Family Law system foments has been to set up the Family Mediation Service. Because of the high level of settlements it achieves, the Service could be regarded as a success. However, a more in-depth analysis would reveal that many settlements are only come to as a consequence of men fearing the consequences of the anti-man legislation and practices of the courts.

As female parties know that – by legislation and current practices – court outcomes are largely predetermined in favour of the female party, there is a strong incentive for them, either to decline any participation in a Mediation process, or, while going through the motions of the process, to cause its collapse through the refusal to compromise any of their demands.

This powerful incentive for the female to decline or collapse any Mediation – and to opt for the Courts where she is likely to ‘get everything she wants’ – gravely undermines the integrity of the process.

The shadow of the Family Law courts hangs heavily over the Family Mediation Service. As female partners know that the courts are likely to ‘give them everything they want’, there is a strong incentive for them to decline any participation in mediation.

In 2013, Dr. Roisin O’Shea published a seminal thesis, Judicial Separation and Divorce in the Circuit Court, which provides much information on the outcomes involving these three issues. She found that:

Most men living in intact relationships are unaware of the extent to which their lives can be ‘shattered’ by the Family Law System. Perhaps the most devastating and disempowering discovery for such men is that they can be unilaterally removed from their homes, for no reason other than to facilitate the separation process.

10. (1) On granting a decree of judicial separation, the court, on application to it in that behalf by either of the spouses concerned, or by a person on behalf of a dependent member of the family, may, during the lifetime of the other spouse or, as the case may be, the spouse concerned, make one or more of the following orders:

(a) an order –
(i) providing for the conferral on one spouse either for life or for such other period (whether definite or contingent) as the court may specify the right to occupy the family home to the exclusion of the other spouse…
(2) (b) that proper and secure accommodation should, where practicable, be provided for a spouse who is wholly or mainly dependent on the other spouse and for any dependent member of the family.

There is no requirement that proper accommodation be provided for the other spouse which, in the overwhelming majority of cases, will be the man.

In a Dail debate in February 2015, Deputy Billy Kelleher stated:

“As you are aware, I have a problem with the ease with which men can be removed from their homes by their wives. This is where the problems begin for most men”

Having been forced to leave his home, the separated father must now try to ‘rescue’ his fatherhood. But, unless he is in a financial position to either rent or buy another house in close proximity to the family home, fulfilling his role as father in any meaningful way becomes an impossible task.

With the burden of maintaining his wife and children, continuing to pay rent/mortgage on the family home as well as accommodate and provide for himself, very few separated fathers can afford a second house. Most end up in bedsits, sharing with other men or getting a room from parents, siblings or friends. So the same courts that effectively make these men homeless will then deny them overnight access on the grounds that they cannot provide suitable accommodation for their children.

If they are lucky and pay the ‘ransom’ they get a few hours access on Saturdays or Sundays and end up taking their children to ‘McDonalds’, shopping centres, cinemas etc. but can have no normal quality time with their children. It becomes a totally artificial father/child relationship.

Children used as pawns
Another crucial issue is when one parent uses the children as pawns as a means of vindictively hurting the other parent. In the same Dail debate Feb. 2015, Deputy Alan Shatter said:

“There is an enormous problem, where people are estranged, of the primary custodial parent, who most often is the mother, deliberately obstructing fathers from accessing children. They are using?children as pawns, going to war with fathers, causing some fathers to have nervous breakdowns, and destroying relationships deliberately between children and fathers.”

Indeed, both Deputies Shatter and Kelleher referred to the need to tackle the problem where access was being denied and to the need for more equitable legislation.

According to a September 2015 statement from the support group, the Parental Alienation Awareness Association, there was a lack of understanding in Ireland of how serious this form of alienation can be and how much damage can be caused to children as a result. Alienating parents should be prosecuted, they said.

Fatherlessness
Most divorces and separations currently result in the male partner playing a greatly diminished, sometime minimal, role in the lives of the children.

All research supports the importance of a father in the lives of children, and particularly in those of boys. The natural father is best placed to fill that role.

Fatherlessness is strongly correlated with a whole range of behavioural problems: poor educational attainment, addiction difficulties, poor mental health, relationship difficulties and homelessness. None of this, however, is recognised and acknowledged in existing Family Law.

Expert Reports on alleged child abuse
There is a further, more serious, issue involving children which occurs increasingly in the context of bitter custody battles: that is the making of false allegations of child abuse by one parent against the other. In the great majority of cases, and with the aim of destroying the father’s relationship with his children, these are made by the mother against the father.

Dr. Roisin O’ Shea has much to say about cases where allegations of child abuse are made by one parent against the father, with the aim of destroying the father’s relationship with his children.

In her study, Dr. O’Shea is critical of the Section 47 cases she has heard, and comments:

And also from Dr. O’Shea a devastating comment on the failings of the courts to deal with refusal of access:

“Of great concern was the common approach of the court to make child maintenance orders where the payer, in 100% of cases the father, was only in receipt of State benefits, the average State benefit observed being €200 per week. The national insolvency guidelines for 2013 state the subsistence level, i.e. the basic amount a single person requires to live on, as €237.65 per week.

The court, in the main, prioritised the legal, moral and constitutional obligation on the payer parent to financially provide for their child/children, making orders that effectively brought many payer fathers below subsistence level, and took no account of their financial ability to exercise “access” in terms of any transport costs and providing for the child/children during those periods.”

While abolishing the Civil Bill, with its in-built hostility-fomenting incentives, would be an improvement, what replaces it must provide processes that both reduce expectations, and limit the possibilities of extreme victories and defeats that are an integral part of the existing Family Law system. A good start would be to incorporate the dynamics of ‘pendulum arbitration’ into the family law system. Essentially, pendulum arbitration requires parties to engage in a process that is the exact opposite of the hostility-creating Civil Law Bill. Instead of the ‘gimme everything’ language of the Civil Bill, parties should be required to put forward proposals that take account of the future well-being of all members of the family.

Men’s Voices Ireland proposes that the Civil Bill and optional Mediation Services should be replaced by one ‘Bill of Procedures for the Reorganisation of the Family Unit’. This would specify: 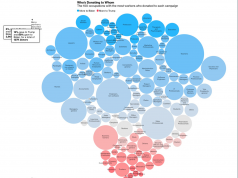 Why Corporations and Institutions are Woke 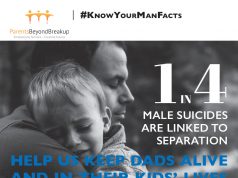 Eton Teacher Sacked, Some Gains in Free Speech and the Launch...

Why Corporations and Institutions are Woke