Recent figures Irish Examiner Feb 7 2017 show an increase in self harm for men.
The number of Irish men self-harming has jumped by 15% since 2007 with the rates particularly high among young people.

The male suicide rate has been scandalously neglected for decades. In 1975 the male:female ratio was 2.3:1. It steadily increased in the intervening period and in 2011 reached 5:1, since which it has fallen back slightly to about 4:1.

The male suicide rate amounts to a social malaise but the basic question has not been asked: Why are men killing themselves at such a rate?

The Connecting for Life document

Yet it fails to ask the most basic question: Why? Why men? And at such alarming rates?
The evidence would point to a combination of targeted interventions having an impact on suicide prevention.

Specific life events where men have little or no support and yet which have heightened risk of suicide include both during and after divorce or separation, when suffering at the hands of an abusive partner, school dropout, and after losing jobs. This last was highlighted during the recession when the overall increase in suicide was attributed to an increase in the male rate. These may well be crucial factors in making men, particularly young men, feel they are unwelcome in society.

Men suffer badly in the Family Law courts. Men who are separated face particular problems: they will probably lose the family home, pay maintenance while trying to maintain themselves, often face access difficulties, particularly if unmarried, and altogether face isolation.

There is evidence for increased suicide risk among such men in
Samaritans UK report 2012 which contains the following quote: “When marital relationships fail, men are less likely to be awarded custody of, or have access to, their children. Separation from Children appears to be a significant factor in some men’s suicides. In addition, men are more likely to
be displaced from the family home, to unstable accommodation or homelessness, itself a risk for suicide”. .
Further evidence comes from Divorce, Separation and Suicide a 2017 video by the psychiatrist Rob Whitley where he discusses these factors.

As further evidence to support a gender-based approach we can point to the Scottish model in the form of their Choose Life programme which deliberately made the choice to focus on male victims of suicide and saw a concomitant reduction in gendered suicide rates, as well as a reduction in suicide overall, something we have yet to achieve. 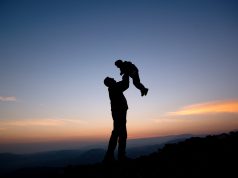 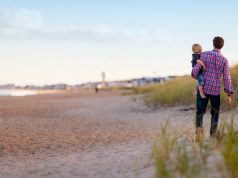