The Pathetic State of Support Services for Men

That in the Examiner laid out the stark facts: Men’s Aid runs on a shoestring — two full-timers and four part-timers. In 2020  they did their best to respond to and support 5,500 men who contacted their domestic abuse service. This year it looks like it will be closer to 7,500.

Some of the men who call are sleeping in their cars at night or in a garden shed. A fairly common feature of the form of control exercised is false allegations against them by the person abusing them.

This piece by Fergus Finlay ended with the plea: We’ve simply got to talk about domestic violence, recognising that sometimes the roles of victim and perpetrator are reversed. We’ve got to fund the services decently.

The Irish Times article quoted Katrina Bentley CEO of Mens Aid: “During the last week of January and first week of February, within 10 days we had five very serious suicide situations at the end of the phone,” she said.

“We had to get Garda assistance for two of them, ring ahead to a hospital for a third and we talked the other two men down.”

Ms Bentley said the organisation sought and was refused funding for a 24/7 helpline from the State’s child and family agency Tusla, which she criticises for allocating 1 per cent of its domestic, sexual and gender based violence (DSGBV) funding to the service.

It is one of just two Tusla-funded services dedicated to male victims.

Men’s Aid Ireland has €244,000 funding for its six staff operation (two full-timers and four part-timers) this year, an increase of €5,000 on last year.

In January, about 600 men contacted the service, and at least 80 calls were missed because the helpline – which runs from 9am to 5pm on weekdays – can only deal with two callers at any one time.

There are no refuges for male victims and their children; there are more than 20 for women.

Compare this with the services for female victims. Safe Ireland says it acts on behalf of 39 frontline services around the country. It does not provide a helpline service itself but it employs 16 staff nonetheless and did have not one but two CEOs, Margaret McDermott and Sharon O’Halloran.

Here are the income figures for five leading organisations in 2018: 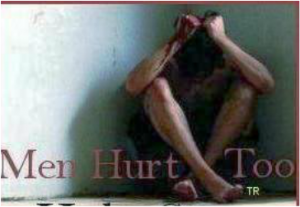 There is no service for male victims in the Dublin Area where 1.5 million people reside.

At this point we need to ask some hard questions about what exactly is going on here.

The National Manager for Domestic, Sexual and Gender Based Violence Services with Tusla is Joan Mullan.

Joan Mullan has been in the role of National Manager for Domestic, Sexual and Gender Based Violence Services with Tusla, Child and Family Agency, since 2015. She leads the national programme which Tusla established to administer and support services for victims and survivors of domestic, sexual and gender based violence and which currently funds almost 60 specialist refuges, community based domestic violence services and rape crisis/sexual violence services throughout the country, including national helpline services.

Why has Joan Mullan never been  required to account for her  stewardship?

To our knowledge Mullan has never been asked to account in national media for the allocations made by Tusla. She has never been on national radio to answer questions about how Tusla makes decisions on funding, why so little is allocated to male support services, how much duplication is going on, how efficient the service is etc.

Apart from Mullan and Tusla we need to cast the net wider.

Has there ever been an audit carried out by the Comptroller and Auditor General of state funding to the DV sector?

(i) To determine need, how money is spent, how many staff are needed, how effective it is

(ii) To look at duplication of resources

With so many different groups/agencies involved in the sector there could be a real problem with transparency, competition for scarce resources and consequent duplication.

They are terrified of offending the women’s groups, NWC, Safe Ireland, Women’s Aid

To our knowledge no such audit has ever been carried out.

No political party in the state has taken up the challenge on this issue to ask the hard questions on the spending of public money, why the services for male victims is so tiny or to call for a review of spending.

The matter has never been taken up before the Public Accounts Committee where such an exercise could be carried out.

The truth is they are terrified of offending the women’s groups, NWC, Safe Ireland, Women’s Aid. Before the 2020 election in answer to a Question put by NWC, every party leader professed to be a feminist. The cowardice of politicians is simply craven.