“It doesn’t take much to get cancelled these days.” So says Margaret Wente, a Canadian journalist with the Toronto Globe and Mail. She was invited to join the Quadrangle Society an appendage of Massey College in Toronto. But her journalism was about to catch up on her as she writes: “My specialty was deflating Canada’s numerous liberal pieties. I did it rather well. Among Canada’s liberal elites, who take their pieties very seriously, I was an abomination.”

Soon enraged students and faculty were making protests: she was accused of sexism and racism, standard charges in today’s Reign of Terror and she was cancelled.

I learned how easily an institution will cave to a mob. I learned how quickly the authorities will run for cover, notwithstanding the lip service they may pay to principles of free speech.

It Wasn’t My Cancellation That Bothered Me. It Was the Cowardice of Those Who Let It Happen

On the 19 June 2020, the editor of the online journal Quillette wrote in stark terms:

Since the departure of James Bennet from his role as opinion editor at the The New York Times, reports of individuals being similarly ejected from their workplaces have exploded. Just a few recent examples include:

In addition, editors at Variety, Refinery29, The Philadelphia Inquirer and Bon Appetit, have all either been placed on leave, been fired, or have resigned in the last two weeks. 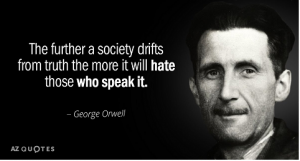 “We acknowledge that this is a crisis. I have never before seen anything like it” writes Claire Lehmann. But it has become worse.

James Bennet, opinion editor of the New York Times, lost his job in June for publishing an opinion piece that many of the younger staffers didn’t like. It was written by a Republican senator, Tom Cotton, who argued that Donald Trump would be justified in deploying military troops to cities if local police could not maintain order in the streets. Bennet was replaced by his deputy Bari Weiss but she has rather abruptly been forced out too though considered orthodox only a month ago.

“At all times friends of freedom have been rare,” said Lord Acton. That is evidently true today.

Bari Weiss has become something of an expert witness on the illiberal urge to haul down the podium of free and rational thought. Weiss, a former editor with the New York Times opinion page, has resigned from her position after being the target of an extraordinary campaign of bullying and intimidation on account of her political views—only yesterday considered within the broad liberal mainstream but now, in the current environment of radical identity politics, unforgivably heterodox.

It would be a mistake to single out the Times, however. Its trembling attitude toward the “woke” mob is sadly more typical of elite organs and institutions than it is exceptional. On the same day that Weiss tendered her resignation, for instance, Andrew Sullivan announced he was leaving New York Magazine.

Wokeness and the Cultural Revolution

The whole madness of wokeness is eerily and terrifyingly  reminiscent of the Cultural Revolution unleashed by Mao in China in the 1960s where elders were forced to parade through public places, be humiliated and forced to confess to imaginary sins before being consigned to the Gulag. Most of these had been denounced by the keepers of the sacred flame of orthodoxy, the Red Guards, a bunch of young thugs, fanatical followers of Mao.

We are also reminded of how the French Revolution descended into a Reign of Terror as the increasingly fanatical Jacobins warred among themselves for the garland of moral purity. A Committee of Public Safety was set up to hunt for and to weed out the enemies of the regime which were supposed to be everywhere. As soon as a person was accused the verdict was virtually assured and soon led to the guillotine. We know here how the principles of due process are now under attack by other fanatics in order to lead to the same result after a charade of a trial.

There are surely journalists in Ireland who are currently in fear for their jobs as the heresy hunters, emboldened by the actions elsewhere get to work. There was never more need for real leadership. As Margaret Wente said:  It Wasn’t My Cancelation That Bothered Me. It Was the Cowardice of Those Who Let It Happen.