For years many of us concerned with men’s rights have been perplexed by a number of questions:

1.Who or what is behind the very deliberate campaign to ridicule, attack, disparage men and the related decisions to cut or eliminate funding for services/supports for men in difficulty, to close out of the media advocates for men and their concerns, to shut down entirely any discussion of men’s issues?

All of this was going on while at the same time focus and funding was lavished not just on women’s issues but also on virtually every minority group in society: Immigrants, Travellers, LGB, Transgender. It seemed like men were singled out, but to be more precise, straight white men. This was the group on which misandry was directed. Why?

2. At the same time we began to wonder: Why was the media so hostile, all not just part, and how did this change occur. We realised it had been going on for quite a while. After all the women’s movement started back in the sixties, between fifty and sixty years ago.

3. We also noticed many other changes: Many of those academics who were most militant in their hostility were from newly founded areas of study such as Women’s Studies, Gender Studies. Radical Feminism was a major force in the universities.

Gradually it became clearer that older disciplines were also engaged such as Sociology, Anthropology.

Then it dawned that there was an alliance between feminists, gays, lesbians and this was later broadened to include those who spoke about and embraced multiculturalism. Even more recently transgenderism took off and took over the stage, brusquely pushing others aside.

A Political Movement: Postmodernism and Marxism

4. It grew clearer that this was a broad political movement and that it took its thinking from postmodernist theories which were hostile to Western thought and culture. But behind the fashionable postmodernism with its relativism, its nihilism, its attacks on Science as well as Culture, there was an older philosophy, a thinly disguised Marxism came more clearly into focus. Gradually we noticed the language, the salient terms oppressor, oppressed, patriarchy which allegedly was everywhere, the concentration on victimhood and its sacralisation, the emphasis on power as the only motivation for relations between groups. As well-known terms: false consciousness, exploitation, social justice, class struggle, internalised [misogyny, racism, sexism, homophobia] attained frequent use, the political driving force was more clearly revealed. This was Marxist language but transcribed to a new situation.

We realised this was Marxism with the capitalist, oppressor class replaced by the white male patriarchy and the proletariat replaced by the long suffering oppressed classes: women, minorities, black and coloured races. 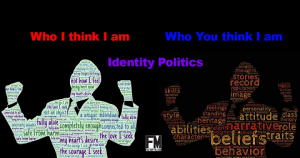 The puzzling emphasis on identity politics was revealed: individuals don’t matter, what matters is the class a person belongs to. This illuminated many things: we recalled Marcuse’s admonition to his followers back in the sixties to take the Long March through the institutions namely the universities, the media. This was what had been going on for decades. Only in the last 5 years or so was it realised or at least did the public realise that large swathes of academia in the Social Sciences and the Humanities were entirely dominated by left wing academics, at a ratio of 20:1 or more in most. Likewise large areas of the media were taken over by leftist radicals. One egregious example is the Guardian which has given its backing to numerous causes, transgenderism being a prominent one, but there are many others. For instance the BBC has told teachers who work with children aged 9-12 that there are “100, if not more” gender identities. The claim appears in a series of nine films created by BBC Teach to support the personal, social and health education (PSHE) curriculum in schools. This claim has been debunked as nonsense by scientists.

But in the past summer some commentators claim that another major escalation has occurred and that the radicals in the US have made a bid for more serious power. They instance three events:

In June and July during the riots and marches following the death of George Floyd, two opinion editors in the New York Times were forced to resign. Both were traditional liberals. It needs be remembered that the NYT has been heading sharply left for some years and for example in late 2019 set up the 1619 Project which declares that the US is founded on slavery. For a discussion of this and the 1776 Counter-Project see here.

Again, on July 4 2020, 300 Princeton academics signed a long letter which begins with the blunt sentence “Anti-Blackness is foundational to America.” 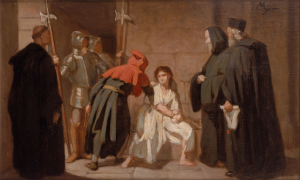 Among many other things it calls for the setting up of a committee composed entirely of faculty that would oversee the investigation and discipline of racist behaviors, incidents, research, and publication on the part of faculty. Guidelines on what counts as racist behavior etc  will be authored by a faculty committee for incorporation into the [usual] set of rules and procedures.

Essentially this would eliminate academic freedom which has been a foundational principle of universities for centuries.

The third event: In June the city of Seattle became the scene of a major confrontation between police and young radicals.  This ugliness waxed and waned for a fortnight until police withdrew from their East Precinct Building, effectively ceding the surrounding area to the protestors. Barriers were erected around an area of six blocks by activists who initially christened the new territory the Capitol Hill Autonomous Zone (CHAZ), and later renamed it the Capitol Hill Occupied Protest (CHOP). As their quasi-manifesto of June 9th put it, they had “liberated Free Capitol Hill in the name of the people of Seattle.”

This was the first time such an event had occurred in the US even counting the race riots of the sixties and nineties.

“the protests following George Floyd’s killing have emboldened cultural revolutionaries in America and Europe. The iconoclasts are changing minds and could be in a position to enact a root-and-branch reconstruction of America into something completely unrecognizable to its present-day inhabitants. Imagine a country whose collective memory has been upended, with a new constitution, anthem, and flag, its name changed from the sinful “America” to something less tainted. Far-fetched? Not according to data I have collected on what liberal white Americans actually believe. Only a renewed American cultural nationalism can resist it.”