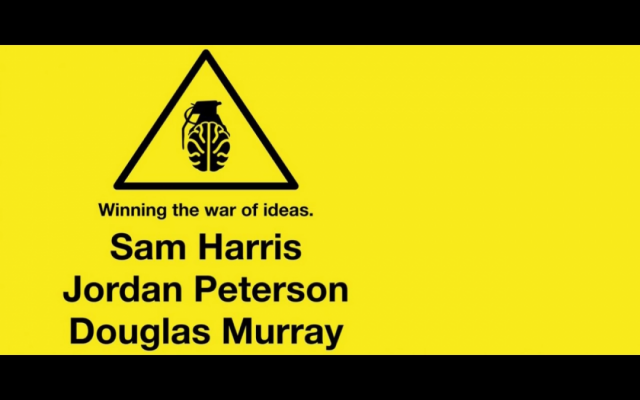 Sat. July 14, 2018, 3 Arena Dublin, was the date and setting for a unique event: the first appearance in Ireland of Jordan Peterson, a man who has captured the imagination of millions of people worldwide and almost single-handedly challenged the prevailing zeitgeist around political correctness, identity politics, radical feminism and the radical leftist neo-Marxist agenda that goes with it.
Peterson, Sam Harris along with Douglas Murray acting as moderator, were discussing a range of issues around rationalism, mythology, religion. The astonishing thing was that the huge arena was almost full. Surely this must be an unknown occurrence for an intellectual discussion since this venue ordinarily plays host to worldwide celebrities in the entertainment business.

Peterson is an avowed enemy of radical feminism and political correctness

It is a striking illustration of the poverty of the fare served up by our current media and academic personalities in that they fail to provide the sustenance that people are increasingly looking for nowadays on Youtube videos.
The discussion was a sequel to one that took place two weeks earlier in Vancouver and is part of a continuing programme. Whereas there are scores of such discussions available on Youtube, people are flocking to hear these people in person across venues in UK, Ireland and elsewhere as they bring their intellectual expertise to bear in robust exchanges on many issues of contemporary interest which the mainstream media singularly fail to provide. Indeed, it was very noticeable but not at all surprising, that there was no mention in mainstream media after the event. The hostility toward both Peterson and Harris is well known. It demonstrates once again how removed the mainstream media is from the real-life concerns of many people and its growing irrelevance. However there was a decent interview with Peterson on
the Marian Finucane Show on the Saturday.
Mens Voices decided to take advantage of this unique event. Given that Peterson is an avowed enemy of radical feminism and political correctness and probably their most eloquent critic, we felt that many of those attending would be sympathetic to our issues. We drew up a leaflet