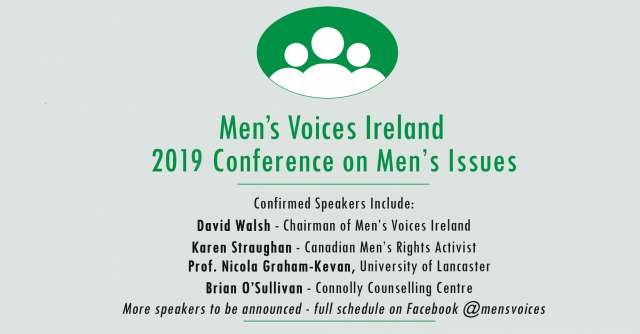 This year’s conference promises to be the most important and exciting yet held for a number of reasons:
1. The situation of men continues to deteriorate, and new and harsher laws are looming. This year saw the ratification of the Istanbul Convention, one of the most truly appalling documents ever enacted in law in a supposedly democratic state.The failure by the media to examine it even in a rudimentary way is itself confirmation of its indefensible nature and content.

2. Politicians continue to pander to the shrill voices calling for ever more strict legislation. We have not seen yet any politician in a major party with the backbone to question the direction of legislation or the forces driving it.

3. There is too a threat to freedom of speech, an issue which is being talked about more and more even in mainstream press. The extremely vague concept of Hate Speech is one such threat. Fear of breaching certain politically correct dogmas has spread to other professions such as the law, where defence counsel in sexual assault cases are fearful of offending social media mobs if they conduct a defence vigorously. All of this is reminiscent of totalitarian states.

Our response to the threat to civil liberties

Men’s Voices is responding by putting on an impressive array of speakers who will tackle at least some of these topics.

We are thrilled to have Karen Straughan who has established an international reputation as a fearless champion of men’s rights since 2010 and has gained a huge following for her YouTube channel.
We hope that Karen will speak on the way that legal procedure is being changed in order to secure more convictions in sexual assault trials.

This is an immensely important topic given that there is currently a review underway of the legal procedure in sexual assault trials which has potentially far-reaching consequences. Some of the proposals threaten to erode the fundamental protections afforded by the presumption of innocence and the system of due process by which all criminal trials are conducted. All of this comes at the beck and call of the Rape Crisis Network (RCNI), which has never been challenged, whose document on the matter is central to the review and which has assumed the right to “train” the Garda, the judiciary and the Prison Service. 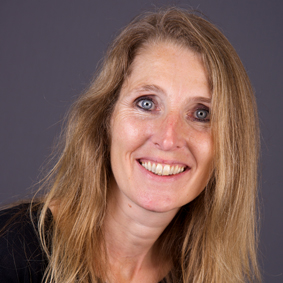 Our response to the Istanbul Convention is to hold up the whole controversial issue of Domestic Violence to the kind of close and impartial scrutiny it has never received yet in this country. We have been bedevilled by an official narrative which is never questioned, which emanates totally from one side with a huge vested interest in continuing to peddle it and which the media never scrutinises or departs from.
We are thrilled to welcome Professor Nicola Graham-Kevan of the University of Central Lancashire, who has established a reputation as a researcher in this area, and has worked with some of the best-known names in the field. Her paper in Euromind from 2017 is a survey of the literature which is both comprehensive and exhaustive. Her title is indeed apt; It promises to be a highlight:

Understanding Domestic Violence: Comparing what we think we know to what the evidence tells us

Family law is an area of constant interest and one topic that is developing rapidly and engaging more and more attention is that of Parental Alienation. Brian O’Sullivan a practising family therapist has become preeminent in this field and has spoken widely about it and believes that it needs to be recognised in law. It promises to become hugely important in the future. We are very glad that Brian will speak on:

Subjects that always comes up when male concerns are debated are suicide, anxiety and mental health problems and some of the reasons behind these, particularly the social determinants. Patricia Casey is Emeritus Professor of Psychiatry at UCD with a clinical practice in the Mater hospital. She is also a columnist with the Irish Independent and is one of the few who has written about these issues with an eye to how family discord and access rights to children can impact on men. Again, these are issues which have come under the scrutiny of the Oireachtas Justice Committee in the recent past to which MVI has contributed.
Patricia will speak with the experience gained from a clinical practice on

Ken Joyce is someone who has worked in the media and has a long-held interest in issues affecting men. He helped in the launch of Anyman the support service for male victims of domestic violence. He will speak on:

Men’s experience in the Family Law Courts – what needs to change and why.

Frank Mc Glynn is a longstanding member of Men’s Voices and before that he worked with Amen. He has for many years consistently been pointing to the way that Family Law discriminates against men. He will speak on the Review of procedure in Sexual assault trials
being conducted by a working group of the Criminal Justice Strategic Committee and also on a related proposal being looked at by the Law Reform Commission. MVI made a submission to both of these groups.