It is  probably a safe bet that hardly anybody in this country has heard of Non Crime Hate Incidents or NCHIs for short. At least nobody who relies on  mainstream media for their news. Nevertheless the fact remains that the Gardai are quietly recording such incidents as a glance at the website  confirms:

PULSE Release 7.6 occurred on 18th October 2020 and introduced a number of measures to improve the reporting and recording of Hate Crimes and Non-Crime Hate Incidents on PULSE.

We have heard a good deal about “Hate Crime” and “Hate Speech” in the media but nothing about NCHIs. The Garda website doesn’t enlighten us any further.

We Need to Check Your Thinking

It is most likely a similar situation applied in England and Wales until very recently when a public spirited and courageous citizen decided that he wasn’t going to stand for this authoritarian bullying. It turns out that the police there have been recording NCHIs since 2014 and that between then and 2019 a total of 120,000 were recorded. Now why would the police record what is not a crime? Even more inexplicably this practice was initiated by the College of Policing and not the legislature. Emma Webb of the Free Speech Union stated that “the monitoring and recording of NCHIs is “the mass surveillance of people’s opinions on controversial subjects by the police without this being mandated by Parliament””. It is grotesque, Kafkaesque. 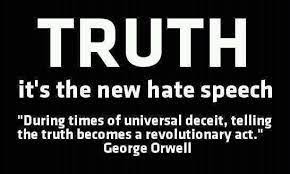 Harry Miller is a businessman and former police officer from Lincolnshire who, in 2019, was investigated by Humberside Police for retweeting a feminist limerick. Miller had dared to challenge the new innovation of being able to self-identify as a different gender and have it accepted by law. Miller’s response on Twitter was typical: “I was assigned mammal at birth, but my orientation is fish, Don’t mis-species me.”

He was told by the visiting constable that ‘we need to check your thinking’. Harry decided not to take this lying down and challenged the recording of the allegation made against him as a ‘Non-Crime Hate Incident’, taking his case against Humberside Police and the College of Policing to the High Court.  It also turns out that the recording can have more serious consequences since the police are obligated to disclose any such  recording if pressed to do so and it stands as a black mark against the person’s character. Reports of NCHIs can show up in criminal record checks for six years, yet there are no grounds to appeal against them.

In this country we have never had a Cheka, a Gestapo or a Stasi

“There was not a shred of evidence that the Claimant was at risk of committing a criminal offence. The effect of the police turning up at his place of work because of his political opinions must not be underestimated. To do so would be to undervalue a cardinal democratic freedom. In this country we have never had a Cheka, a Gestapo or a Stasi. We have never lived in an Orwellian society…the police’s actions, taken as a whole, had a chilling effect on his right to freedom of expression. That is an interference for the purposes of Article 10(1).”

Having partially won his case in the High Court Harry didn’t stop there. He wanted to bring an end to the recording of NCHIs entirely so he took his case to the Court of Appeal. “I did this for the nation” he declared. As the FSU says:

“The verdict was delivered on Dec 20 2021 and was a complete vindication  of his stance. The judgment stated that the recording of non-crime hate incidents is an unlawful interference with freedom of expression. As the Court says, the knowledge that such matters are being recorded and stored in a police database is likely to have had a serious “chilling effect” on public debate.

Not only does the recording of non-crime hate incidents violate Article 10 of the European Convention on Human Rights, as the Court said, but it is a huge waste of the police’s time.”

This is a landmark judgment and shows just how much one courageous citizen can accomplish in the face of a state juggernaut. Harry was supported by the Free Speech Union but the decision to go was his alone.

We await the day when some spirited citizen here comes forward to challenge the Garda recording of NCHIs.