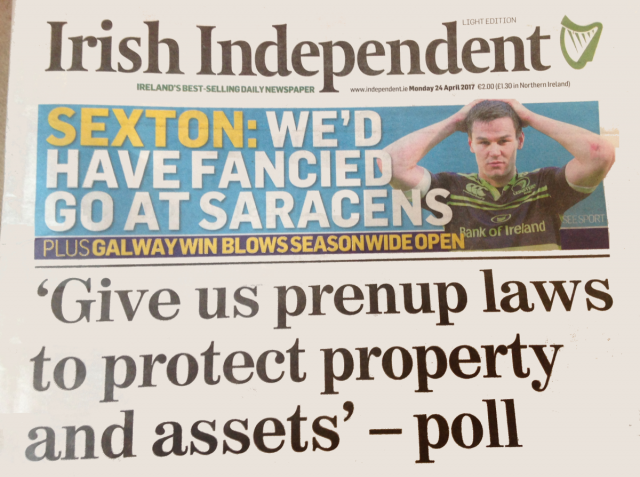 A large majority of Ireland’s farmers agree that pre-nuptial agreements should be legally binding.

That’s the finding of a nationwide survey carried out by FarmIreland at livestock marts throughout Ireland in April 2107.

Just 15% responded that pre-nups should not have legal standing, and 13% were unsure.

Analysis of the results showed that support for pre-nups was higher among younger farmers.

Of the over 1,000 respondents to the survey, a total of 67% of people over 65 years of age agreed that they should have a legal standing, while an overwhelming 83% of 18-34 year olds did.

Read our press release on this issue.

AIB’s Abusive Teller, the Appalling Case of Barbie and a Challenge to the Istanbul Convention

AIB’s Abusive Teller, the Appalling Case of Barbie and a...