Title IX regulations on US campuses can mean different things. Originally the term came about as the result of measures to equalise funding for women’s sports in comparison to men’s arising from the complaint that far more money was going into sports for men. The fact that men participated more did not come into the reckoning. As a result some sports for men were defunded. But the term grew to encompass other issues and now covers gender equity in a range of areas. In April 2011 a letter was sent from the federal Department of Education to all publicly funded colleges, later to become known as the Dear Colleague letter, which warned that unless they put into effect measures to combat sexual assaults on campus they would face cuts in funding.

This letter was prompted by the allegations that a “rape culture” was endemic on US campuses, allegations which were fed by a series of articles in the press and various magazines touting sensational statistics about the extent of this, all of which turned out to be wildly false.

The ever-expanding definition of assault, which can even conflate unwanted touching with rape was used to arrive at a figure of 1 in 5 women who would experience sexual assault in the course of their four-year term. The Obama administration instituted a kangaroo court system which denied basic due process rights to accused men and resulted in hundreds being expelled without even a semblance of a fair trial. This led to over 200 successful lawsuits against universities and the result has been that substantial payouts have had to be made. In the US as here a large portion of hookups result from a boozy social scene.
As one student puts it campus officials in drawing the line between consent and rape somewhere, miss out a whole category of cases where alcohol plays a large role, resulting in poor communication or crossed lines where genuine misunderstanding can easily occur.

The Case of Australian Campuses

But there has been a backlash and now those who advocate for the kangaroo courts are on the defensive. Nor is it confined to the US alone. The same rape hysteria swept Australian campuses as described by the journalist Bettina Arndt : 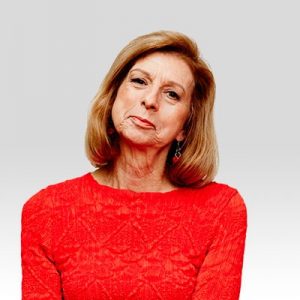 Late in 2018, new regulations were introduced by a number of universities to establish committees and secretive processes to investigate and adjudicate sexual assault. These reversed the burden of proof, denied the accused normal legal rights, and required only a “balance of probabilities” to secure conviction.
Arndt describes the kowtowing of key players to activists demands, a scenario which is well known here in Ireland as elsewhere.
Prior to the election of 2019, lobby groups almost succeeded in establishing a government task-force aimed at further bullying universities in this direction. The Australian Human Rights Commission spent a million dollars on a survey intended to uncover evidence of this alleged rape crisis. However, the survey found that only tiny numbers experienced sexual assault (an average of 0.8 percent over each of the two years studied), even when a broad definition of sexual assault was applied that included touching by a stranger on public transport to campus.
A major role in halting and reversing the bullying was played by a Queensland senator Amanda Stoker who used a parliamentary committee to grill officials. The accused, Stoker explained, under the new regulations would have no access to evidence against them, there was no effort to ensure the reliability of that evidence, no power to call evidence in their own defence, no legal representation, no presumption of innocence, and no right of appeal. The result was that in late 2019, the manufactured rape crisis on Australian university campuses suffered an important setback. Queensland Supreme Court ruled that universities have no jurisdiction to adjudicate sexual assault. This prompted a major speech by the Federal Education Minister in which he affirmed that “If a student alleges they are the victim of a crime then our criminal justice system is the appropriate authority to deal with it”.

The accused would have no presumption of innocence, no legal representation and no right of appeal

Meanwhile In 2018 over 150 American criminal lawyers, law professors and scholars signed an open letter denouncing the victim-centred investigative practises which flourished under the Obama system. The Support the Victim imperative which grew up on campuses spread outside and resulted in the #BelieveHer social media campaign which by its very name presumes the guilt of the accused.
In early May 2020, the US Department of Education issued new regulations under Title IX concerning how schools must respond to allegations of sexual assault and sexual harassment. Predictably, the regulations have been slammed by groups such as the National Women’s Law Center, which has said that they will “make it harder for students who have experienced sexual harassment to come forward and to get the help that many need.”
But the aim is rather to protect innocent men falsely accused of sexual offenses from having their lives destroyed for something that they did not do. Under new rules the parties will have the right to cross-examination, but questions will be asked by the advisors rather than by the parties themselves, so that victims will not have to be interrogated by their assailants. A feature of the US court system is that accused are allowed to question their accusers, it is not permitted here.
The purpose of cross-examination is to expose false accusers, not to intimidate actual victims.
While not perfect these regulations are a huge advance on what had existed previously and it is for this reason that FIRE, Foundation for Individual Rights in Education, and the Independent Women’s Forum have endorsed them.