In the last 2-3 months two highly  prestigious journals in the natural sciences Science and Nature have made the most abject and cringing submissions to the new forces in the land following the Black Lives Matter protests and have cravenly confessed to crimes of systemic racism in research and scholarship.

The prestigious journal Nature, for instance, issued a dramatically worded statement to the effect that it would be joining a movement to “#ShutDownSTEM #ShutDownAcademia #Strike4BlackLives, an initiative of STEM academics and organizations pausing their standard activities to focus on actions to eliminate anti-Black racism.” It also published an editorial confessing to accomplice status in regard to wide a range of crimes:

“We recognize that Nature is one of the white institutions that is responsible for bias in research and scholarship. The enterprise of science has been—and remains—complicit in systemic racism, and it must strive harder to correct those injustices and amplify marginalized voices.”

The aim of DEI: enforcing the adoption of standards of attitude and behaviour that have nothing to do with the fields in question

The journal Science was more specific in its own statement of self-incrimination, written by its editor in chief, American chemist Holden Thorp:

The U.S. scientific enterprise is predominantly white, as are the U.S. institutions that Science’s authors are affiliated with. The evidence of systemic racism in science permeates this nation.

Separately in an unrelated move a prestigious chemistry journal Angewandte Chemie, declared its adherence to the sacred principles of Diversity, Equity and Inclusion (DEI) after one of its articles had been attacked by a Twitter mob. The author Dr. Tomas Hudlicky of Brock University holds a prestigious Canada Research Chair submitted an essay updating a piece written thirty years ago, which has been widely recognized as powerfully influencing the direction of the chemistry subfield in question (organic synthesis). Hudlicky’s paper in Angewandte Chemie was peer-reviewed positively, judged as desirable by the relevant editorial staff, and published. 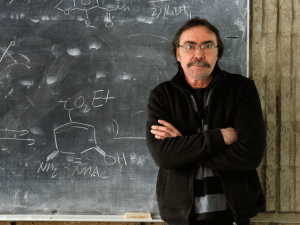 But Hudlicky dared to include some thoughts including these: “Each candidate should have an equal opportunity to secure a position, regardless of personal identification/categorization. Hiring practice that aim at equality of outcome is counter-productive if it results in discrimination against the most meritorious candidates. Such practice has also led to the emergence of mandatory ‘training workshops’ on gender equity, inclusion, diversity, and discrimination.”

The howls of outrage were enough to cause the nervous editor — Dr. Neville Compton — to remove the paper from the journal’s website and offer an abject apology for daring to have published it. Furthermore, he reported the “suspension” of two of the journal’s editors and cast aspersions on Hudlicky’s ethics, stating that his essay did not properly reflect fairness, trustworthiness and social awareness, while implying that the now-pilloried author and his peer reviewers and editors were discriminatory, unjust and inequitable in practice.

As well as such abuse Hudlicky suffered other censures/rebukes: the cancellation of an entire issue of the journal Synthesis, which was to be dedicated to his 70th birthday; the elimination of any mention of his work in yet another journal, Highlights in Chemistry; a statement by a European chemical society (not as yet made public) hypothetically critiquing his ongoing collaborations with researchers from that continent. This looks like the whole Science establishment has capitulated in the most craven manner to the social justice activists.

As Jordan Peterson has put it: I believe that the fundamental reason such plans (adhesion to DEI practices) are required, particularly of those who practice in the so-called “hard” STEM fields (science, technology, engineering and mathematics) is so that those who could not hope to assess the quality of research endeavours in those specialties as a consequence of their own inability or ignorance, can be made into judges by enforcing the adoption of standards of attitude and behaviour that have nothing to do with the fields in question.

The Role of Critical Theory.

A popular idea among the social justice activists is that different groups have different “ways of knowing,” different modes of sense-making, and even different epistemic paradigms.
To insist on the exclusionary standard of “Western rationality” would therefore amount to suppressing black, Indigenous, or even female knowledges. Since knowledge and power are said to form an indissociable nexus, the insistence on universal scientific standards is, by this logic, connected to the perpetuation of (male) white supremacy.

The aim is to politicise Science and reveal it as a culturally biased enterprise. This emerges from critical theory, a body of thought that casts truth as relative, and asserts that some ideas are accepted over others only because those in power perpetuate them.

In its most elaborate form, DEI subjects science to the same treatment as has already been meted out to the Western literary canon: a relentless deconstruction whereby each axiom, value, and commitment is presented as infected by cultural imperialism.

But the outcome is likely to be contrary to that desired. These developments when combined with the already negative effects of Covid-19 and the increasing indebtedness of college students, could result in a fall in numbers: Predictions from the US say  four-year colleges might experience a 20 percent decline in fall enrollment, accelerating a trend already in place since 2011. In fact, 500 to 1,000 colleges might be put completely out of business.