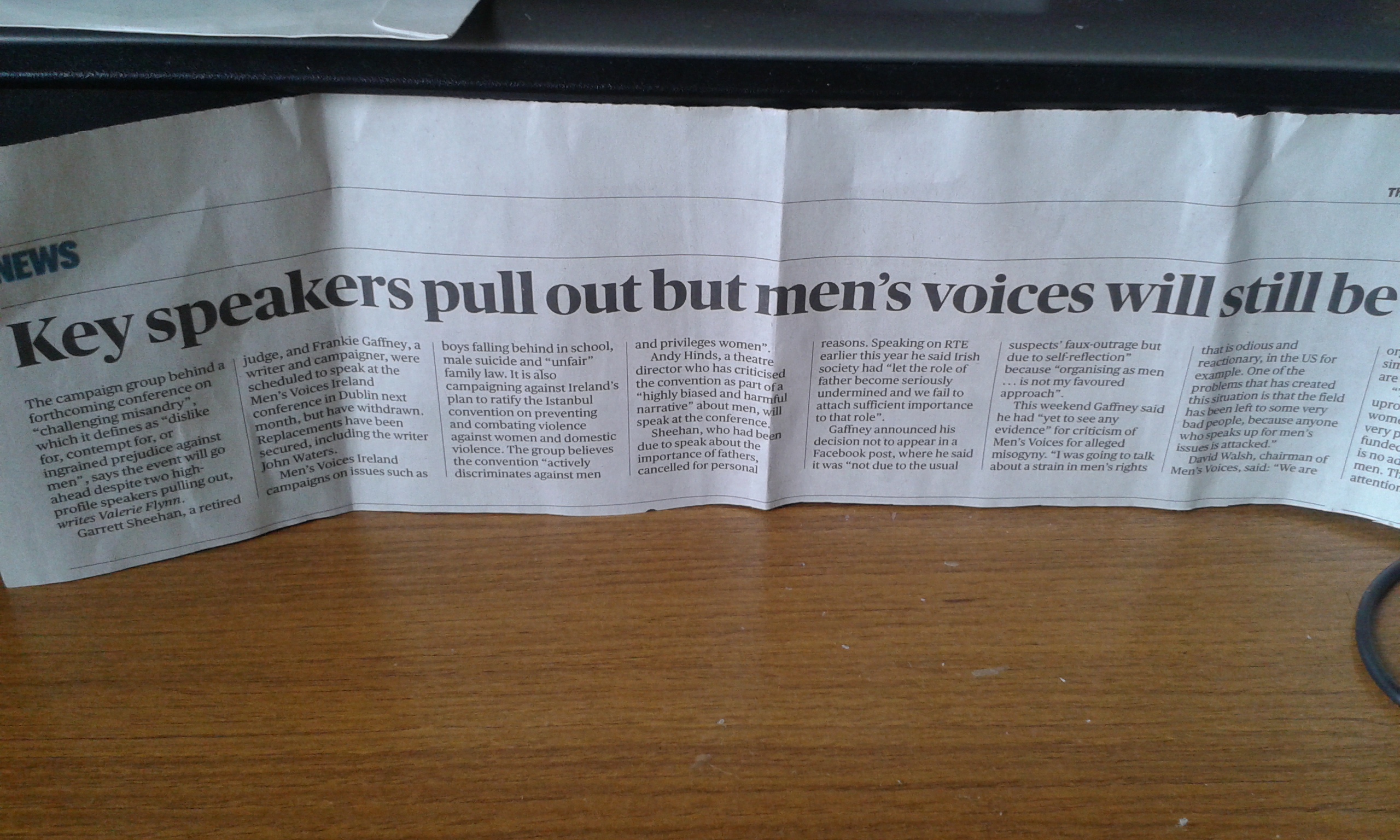 In a Sunday Times article on Oct 22 2017, Valerie Flynn looked at why two key speakers at the 2017 Men’s Voices Conference had pulled out but confirmed that the event would go ahead nevertheless.

She spoke to the writer and campaigner Frankie Gaffney who posted his decision on Facebook. Gaffney had already come under huge pressure from certain quarters for an opinion piece in the Irish Times in May 2017 in which he was severely critical of Identity Politics, saying that it was utterly ineffective at anything other than dividing people.

Proponents of this ideology demand among other things a disdain for evidence and the regular public flagellation of heretics. It is noteworthy that those most critical of Gaffney and most vociferous in favour of this ideology have never appeared on a public forum to argue its merits or more to the point to defend it from critics.

The theme of the 2017 Men’s Voices Conference is Challenging Misandry which may be one reason why some people are attempting to sabotage it. We constantly hear about misogyny and how allegedly widespread it is in Irish society but any mention of misandry is guaranteed to provoke ire. Among the replacement speakers will be John Waters, a long-time advocate on behalf of fatherhood and the rights of fathers, and Matt O’Connor, the well-known founder of Fathers4Justice and veteran campaigner.