The Depp-Heard court case which was televised live was followed worldwide by vast numbers of people. It is hardly a surprise that the verdict was greeted with enthusiasm by men’s groups all over the world as it was a celebrity case, involving domestic violence and highlighted the twin problems of false allegations and domestic violence against men and one moreover which attracted tens of millions of viewers. One such group was The Coalition to End Domestic Violence in  the US  which issued this press release:

The outcome of the Depp-Heard case is significant. Depp took an action against Heard on defamation grounds following an op-ed in The Washington Post she wrote in 2018. He claimed she had insinuated that he had abused her without actually naming him. Depp had previously sued the Sun newspaper for calling him a wife-beater but lost the case. There was no doubt about her abuse of him as even her own counsel acknowledged and instanced on many different occasions; on the other hand she could not provide any evidence that he had abused  her. If she had been able to provide a single piece of evidence that he had, he would not have won the case.

The Persistent Bias against Men

One incident in The trial highlighted a consistent bias which has operated against men for decades in DV cases: the overwhelming tendency in disputed cases to believe the man is the abuser and the woman is the victim. On one occasion, captured on audio,  Amber Heard taunted Depp: 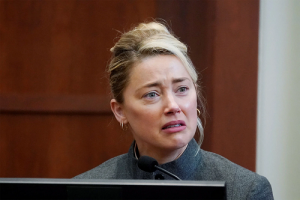 “Tell the world, Johnny Depp, tell them, I, Johnny Depp, a man, I am a victim too of domestic violence,… and see how many people believe or side with you.”

There is the further issue that Depp was falsely accused of domestic abuse against Heard. This is implied by her failure to provide any evidence that he had abused her. False allegations have become more frequent in particular where there are battles over child custody. This has been noted in a US study from 2020 which looked at a variety of false allegations of domestic violence, child abuse, sexual assault or other forms of abuse.

Tell them, I, Johnny Depp, a man, I am a victim too of domestic violence,… and see how many people believe you.”

It found that in 62% of cases the false accusers were female and that in 27% of all cases the false allegation was made in the context of a child custody dispute. This YouGov survey is claimed to be among the first of its kind ever undertaken.

In Australia too the outcome has been welcomed by Men’s support groups. “The Depp case has helped raise awareness of male victims of family violence and should encourage many more men to speak up about their experience,” says Greg Andresen, Senior Researcher with the One in Three Campaign, Australia’s national campaign to raise awareness of the existence and needs of male victims of family violence. The group quotes from an Australian study,   which shows that some women do make false allegations and goes on:

“This evidence and the Depp case highlight the injustice done to male victims by the domestic violence support system in Australia,” said Mr. Andresen. “The experience of male victims of family violence is also ignored by many media outlets and when it is covered they often fail to acknowledge it as family violence.”

Another tireless campaigner on behalf of men is Bettina Arndt. She appeared on the YouTube channel of John Anderson, former deputy Prime Minister of Australia, on June 3. Indeed John’s YouTube channel has become very well known for his in-depth interviews with many well known commentators including Jordan Peterson.
John invited her to discuss men’s issues in relation to domestic violence, the education of boys and the demonisation of men in our culture. Bettina argues that feminist lobby groups have distorted domestic violence statistics while neglecting the abuse of both men and women in the home.

This is especially prescient in light of the recent Johnny Depp vs Amber Heard defamation trial, where the jury’s judgement would have us question the infallibility of the mantra “believe all women.”

What Hope for Male Victims in Ireland?

Finally this case may constitute a further landmark in the continuing uphill battle to win a proper share of resources for male victims of DV.

The truly pathetic allocation from Tusla, perhaps 1% of its total funding, is a scandal which is shameful yet one which no politician seems to want to address. There is only a Monday to Friday 9 to 5 service with very limited hours at weekend provided by Men’s Aid. Yet the Tusla funding though substantial is far from being the only source of funding for women’s groups; much more comes from HSE, Department of Justice, Pobal and other state agencies. There is the further issue that there are no shelters for abused men while there are 21 for women with a commitment from the government to build nine more in those counties currently without one.