We have at different times on this website sought to understand the nature of the forces currently causing turmoil in our societies and wondered if there was a grand design behind the whole enterprise.

Our concerns began with the hostility towards men which has been ongoing for decades; the demonising of men principally in the media but also reflected in discriminatory laws such as Family Law, Domestic Violence law, along with a deliberate lack of services for men.  Where did it come from? A traditional starting point has been the growth of a wave of new movements in the 1960s. Among these was the Women’s Movement which began in the US in the late sixties but quickly became international. It began with moderate demands but like many other movements was quickly taken over by radicals. It seemed to men for a very long time that this was the sole source of the hostility and that it centred on gender issues. But other forces were in ferment at the same time.

There were the student revolts of the period as well as the Civil Rights movement in the US which  found common ground in some sense. Demands by students for major changes in curricula gave rise to standoffs in many universities. Many of these demands were met by administrations where the tendency was to concede.

When the revolts did not produce all the results demanded by the radicals, Herbert Marcuse, seen as the mastermind of the time by the student rebels, admonished his followers to take the Long March through the Institutions; through the Universities, the Media, the Professions. Over a period of many years, large swathes of academia in the Social Sciences and the Humanities became entirely dominated by left wing academics. New ideas began to emerge: of a tyrannical patriarchy which allegedly was everywhere, the alleged oppression of whole classes, the concentration on victimhood and its sacralisation, the emphasis on power as the only motivation for relations between groups. The rhetoric appealed to other groups: women’s groups, minority ethnic groups and groups seen as marginalised were quick to come on board. All claimed to be victims of oppression and vied for pride of place in the hierarchy.

It grew clearer that this was a broad political movement and that it took its thinking from postmodernist theories which were hostile to Western thought and culture. But behind the fashionable postmodernism with its relativism, its nihilism, its attacks on Science as well as Culture, there was an older philosophy, a thinly disguised Marxism came more clearly into focus.

In more recent years,  the universities have seen the emergence of social justice activists campaigning on issues of gender, race, sexual orientation, the banning of  certain speakers, calls for the decolonisation of literature, science, the humanities. There has been the insistence on the new sacred values of diversity,  equity and inclusivity, an insistence which has spread  throughout the business world and   the whole of society. No area of endeavour has been exempt.

Not only have the humanities and social sciences been transformed, with attempts to rewrite history such as the 1619 Project in the US but the STEM subjects themselves previously seen as safe refuges, are now feeling the onslaught and facing charges of being the monopoly of white men, bastions of inequality. These are now being told to decolonise also. Logic, the scientific method, liberal democracy, the product of the Enlightenment, and its values of free speech, due process; all seen as uniquely Western creations and oppressive. As if other civilisations are incapable of logic, of contributing to science, technology and engineering. 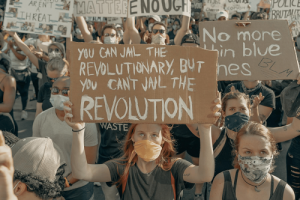 What seemed to men to have been a force which originated with radical feminism back in the 70s and which was all about gender issues, has in the last 20-30 years morphed into the culture wars broadening out to include race and transgender issues, gender identity, critical race theory as well as a number of other critical theories.

Yet new forces have emerged, which  in the last 2-3 years have grown yet more menacing and transformative and which in the summer of 2020 threatened to overwhelm American society. 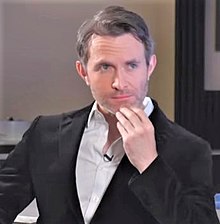 Now Douglas Murray has attempted a grand synthesis and has tried to unite all these disparate strands into an intelligible  whole. He calls it The War on the West. Murray is no stranger to controversy: his previous books The Strange Death of Europe and The Madness of Crowds were runaway bestsellers  while broaching controversial subjects like immigration, Islamism, race and gender.

According to this synthesis the history of the West is couched in its colonialism, its slave trade depicted as uniquely bad. The worst of all is the attack on the West  by westerners, an abject form of self-flagellation.

The book is subdivided into chapters on Race, History, Religion and Culture. There are also three interludes: China, Reparations and Gratitude. Each section serves to show the reader just how extensive the undermining project has been. It has been a ‘long march through the institutions’ in order to erode our confidence in Christian values; replacing them with secular ones, and then imposing new totalitarian ones.

Murray justifies the term War because virtually everything the West stands for is under attack: its values, science, art, logic, philosophy, the Enlightenment… all tainted by racism. Whole history of the West is one of racism, oppression. Murray points out several contradictions: the endeavour of the radicals should be  not to restore the former colonies to a pre-colonial state of culture but to replace these by  Marxist states, itself a product of Western thought and so deemed to be irredeemably bad.
The great revelation for men here is they are no longer on their own, seen as uniquely bad. If Murray is right they are now joined by the whole of Western society or at any rate those sections of it that want no part of the malign design to subvert and destroy it. Women who wondered at what was going on, while thinking themselves safe, now find they too are set for the fall as part of Western society. Over the last 2-3 years women too have seen their rights diminished with the demands that single sex spaces be now open to transwomen. Women’s sports too are set for a similar invasion. It has been going on in the shadows and we are only now seeing concerns raised by international sports stars.

The great irony is that the Ukraine is currently fighting a war to preserve its Western system of government. If there is one thing the war  should teach us it is that some people are prepared to fight for the Western way, and to die for it if needs be. The will to fight, to persevere, the willingness to sacrifice by the men of Ukraine, and indeed the whole of  the Ukrainian people is a salutary lesson to Western society grown soft, flabby.

A lesson people in the West would do well to take to heart.