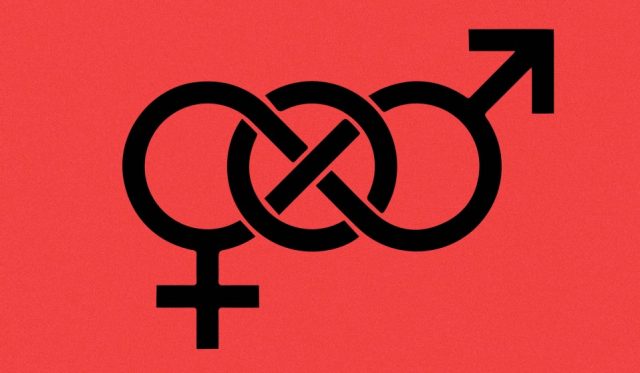 For decades feminists and the LGBT community worked closely together united by a common bond of victimhood under the hated patriarchy… or so they thought. The tenuous coalition between feminists and the transgender community began coming apart at the seams in the UK in the last few years. Dawn Butler, Shadow Minister for Women and Equalities in the Labour Party, insists that “trans women are women” and arranged for them to enter the party’s all-women’s shortlists for parliamentary seats. Incidentally AWS (all women shortlists) figure prominently in the policy of the UK Labour Party.

The result of this action is that the so called TERFS (trans-exclusionary radical feminists) are now in the unusual position of being accused of being oppressors, rather than being supported as victims. They object to transwomen taking over their private political meetings. And they particularly object to the idea of men who identify as women sharing the previously all-female swimming pond and changing areas on Hampstead Heath

This row was foreshadowed by an earlier event in 2015 when the legendary Germaine Greer was de-platformed at a UK University for her declared view that trans women are not real women.

The Women’s Equality Party has also seen internal conflict over this issue. Heather Brunskell-Evans who served as party Spokesperson for the Policy on Violence Against Women and Girls was another who objected to this policy. She also sustained a campaign of harassment, and was accused of “promoting prejudice”. After a lengthy investigation she resigned.

The pitfalls of self-identification

Julie Bindel is a well-known radical feminist who for years enjoyed frequent press coverage in the UK for her outbursts on a range of issues. But she too has had her comeuppance since she joined the Terfs and drew down the wrath of the trans activists.

The irony is exquisite. From being an intimidating figure lambasting others from the pages of top newspapers, Bindel  is now reduced to bitterly complaining about her lot in this  journal  which would previously have been scorned by her as regressive.

From a Guardian review of an article where she set out her case, Bindel quotes: “my article had served to “abuse an already abused minority that the Guardian might have been expected to protect.” Bindel goes on in scandalised tone “Feminists now are routinely beaten up, slandered, fired from their jobs and de-platformed if they offer even the mildest caveat in regard to the demands of transgender extremists. [In late October 2018] in fact, a female lecturer at Liverpool John Moores University was mobbed, with potentially career-ending ramifications, after raising concerns about male-bodied individuals being sent to female prisons”. 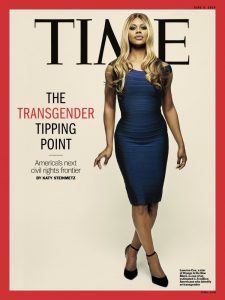 When people are allowed to self-identify as is the norm today, problems can arise, and these can go far beyond the bathroom wars. Changing rooms, school residential trips, rape and domestic-violence refuges, and prisons are going self-ID. So are electoral shortlists and even sporting competitions. Most British rape-crisis centres and domestic-violence refuges admit self-identified trans women, even though the Equality Act of 2010 permits them to restrict their services to biological females. In many American states, access to designated single-sex facilities is now governed by self-ID. Far more women than men will be affected by the trend towards self-ID for single-sex spaces.

This onward march met with a setback in May. The Court of Arbitration for Sport (CAS) upheld the International Association of Athletics Federations (IAAF) regulations governing eligibility for the women’s category in international elite athletics competition. In effect, CAS decided the question “who is a woman” for purposes of elite sport. And it ratified the IAAF’s preferred answer: A woman in sport is anyone whose legal identity is female—whether they personally identify as such or not—and who has testosterone (T) levels in the female range.

In a yet further twist to this muddled tale Oxford sociologist Michael Biggs in an article argues that transgenderism has been promoted by feminism.

As noted, TERFS argued that transgenderism undermines the female sex, that trans activism is misogyny and, ludicrous as it sounds, is even “a men’s rights movement.”

But Biggs goes on to quote much evidence that Transgenderism—a “men’s rights movement”—has greater support from women than from men.

He claims that virtually the entire feminist establishment has embraced transgenderism, from prominent feminist Members of Parliament to organizations like the Fawcett Society, Engender (the feminist group funded by the Scottish government), the Women’s Equality Party, and Women’s Aid.

Biggs says that because radical feminism has almost disappeared from universities, academic opponents of transgenderism—now labelled as “gender-critical”—are, for the most part, women whose scholarship isn’t directly linked to contemporary feminism. He agrees with the argument that the end of segregation by sex threatens the dignity and safety of women rather than men,

He concludes: My argument, in short, is that since the 1970s feminists have been sawing off the branch on which they perched. By denying biological differences they inadvertently eroded the distinction between male and female, which now licenses a social movement that undermines the interests of women and girls.

Postscript: Early in 2018 TCD announced it was scrapping the word “freshman” for first year students and replacing it with the more gender-neutral term “fresh”.