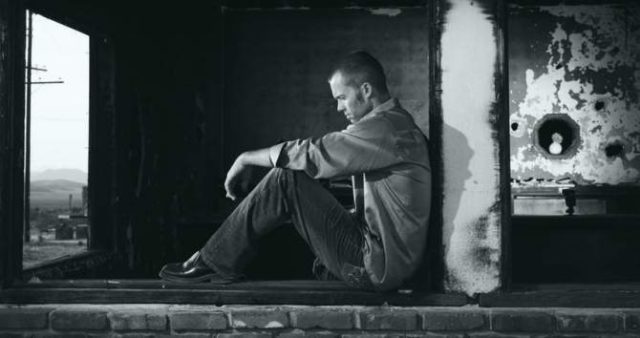 The following Submission on Male Suicide was made by Men’s Voices Ireland to the Oireachtas Committee on the Future of Mental Health Care on January 2018 .

It is often said that Ireland does not have a high suicide rate compared to other OECD countries but this masks a high gender disparity. One of the most striking facts about the suicide figures in Ireland is the high male-female ratio. This fact is rarely if ever remarked on in the press or media or addressed by policy-making bodies.

While the male-female suicide ratio has been high for decades it was not always so.

In the first instance it appears that the problem has been growing worse since the 70s as the study [1] by Michael Kelleher shows.

It surely points to serious societal causes which have been deteriorating over a period of decades.

What changes have taken place specifically in the lives of men which might explain this?

As with any social problem accurate data is needed but this is lacking here. Because of the complex way that they are assessed and quantified, suicides are under-reported until many years after they occur. Thus, accurate statistics on suicide for this year will not be available for at least three or four years and possibly much longer (we have evidence from the CSO website that yearly suicide rates are still being adjusted upwards as much as 15 years later). The delay in arriving at the true figure for suicides has been criticised by many eminent people working in this area over many years and is a serious impediment towards implementing an effective prevention strategy.

It does not have to be this way. Between 2008 and 2011, the National Suicide Research Foundation developed the Suicide Support and Information System (SSIS), representing a real-time database or register of suicide deaths. By working closely with coroners, healthcare professionals and others the SSIS focused on the county of Cork identifying suicides more than two years earlier than the CSO and crucially, identifying other deaths as suicides that were being classed as something else. Unfortunately, funding for the SSIS was stopped after 2012 but we would like to see it restored and the SSIS rolled out across the country.

The major document from 2015 which represents national policy on suicide, Connecting for Life [2], mentions as necessary aims:

A Research Report from 2012 commissioned by the Samaritans in the UK entitled Men, Suicide and Society [3] says baldly that suicide needs to be addressed as a health and gender inequality.

The phenomenon is more gendered here in Ireland than anywhere else in western Europe with a male-female ratio at or above 4:1 for decades. Nevertheless it is not investigated or treated as a gender issue despite suicide being the most common cause of death among men under the age of 45. Countries such as Belgium, Netherlands, the Scandinavian countries, have a male- female ratio below 3:1. To quote Professor Brendan Kelly, professor of psychiatry in Trinity College Dublin: “Suicide affects both men and women, but men are being particularly left behind in Ireland. In terms of suicide, Irish society is failing men deeply, desperately, and to an extent that other European societies are not. We need enhanced focus on understanding the particular drivers of suicide in men and revised strategies that benefit men as well as women.”

Suicide rates are twice as high in deprived areas;

Men are more vulnerable to the adverse effects of economic recession, including suicide risk, than women;

People who are unemployed are two to three times more likely to die by suicide than those in employment.

Specific life events where men have little or no support and yet which have heightened risk of suicide include both during and after divorce or separation, when suffering at the hands of an abusive partner, school drop-out, and after losing jobs. This last factor was highlighted during the recession when the overall increase in suicide was attributed to an increase in the male rate of unemployment.

There is evidence for increased suicide risk among such men in the 2012 Samaritans Report [3] which contains the following quote on Page 13: “When marital relationships fail, men are less likely to be awarded custody of, or have access to, their children. Separation from children appears to be a significant factor in some men’s suicides. In addition, men are more likely to be displaced from the family home, to unstable accommodation or homelessness, itself a risk for suicide”.

A further quote from the ONS (Office of National Statistics) in the UK says:

“Relationship breakdown can contribute to suicide risk and the highest risk is among divorced men, who in 2015 were almost three times more likely to end their lives than men who were married or in a civil partnership”

As mentioned, there are currently no tailored supports aimed at men in these at-risk groups. We want to see this change and these men offered what the Irish Men’s Health Policy termed ‘male-friendly’ supports that would act to reduce isolation and rejection. ‘Male-friendly’ supports have been central to the success of the ‘Men’s Sheds’ movement where connection and support is offered in a way that does not threaten a man’s sense of self-esteem, as sometimes ‘help’ does with some men.

Men are often blamed for not attending mental health services but some professionals are asking:

Among the actions to be taken to help those with mental health difficulties the report [3] has this to say:

P.28 “Interventions need to engage and work with ‘who men are’ and what is important to them at this time” For example:

One of the most encouraging initiatives in recent years are the Mojo programmes being developed and rolled out in Tallaght and in Co. Kildare. All the signs are that these are proving very successful and popular with applicants. In particular the programme in Kildare is being extended to a number of areas after the pilot programme proved so successful.